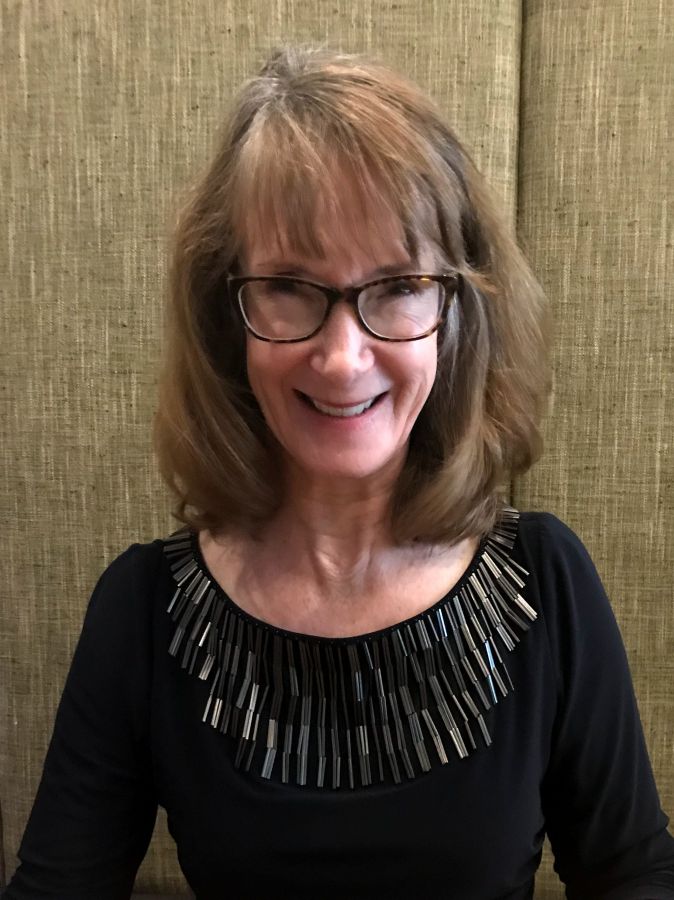 Ann Marie Henthorn, 63, stepped into the presence of Christ Jesus on Thursday evening, August 1, 2019, in her Muscatine, Iowa home. A visitation will be held Sunday, August 11 from 2 p.m. to 5 p.m., at the Ralph J. Wittich-Riley-Freers Funeral Home in Muscatine. The funeral service will be held 10:00 a.m., Monday, August 12th at Walnut Park Baptist Church, Muscatine. Interment will follow at Greenwood Cemetery. Memorials may be directed to Walnut Park Baptist Church.

Ann was born in Waukon, Iowa on March 8, 1956, to parents Kenneth and Mildred (Burke) Hall. Ann graduated in 1974 from Waukon High School, where she was a musician and honor student. She graduated from Iowa State University with a degree in Home Economics Journalism with a minor in Nutrition. Ann reported for the Eagle Grove Eagle newspaper, Eagle Grove, Iowa before her marriage to Mark Alan Henthorn of Middletown, Iowa. After their marriage, Ann worked as a medical journal copy editor at the American Academy of Family Physicians in Kansas City, Missouri. Ann raised and educated her children through high school.

Ann grew up on her family's Allamakee County farm, going for the cows on summer mornings, raking hay, playing with the baby animals, and helping the family by cooking, baking, and sewing. Ann was active in 4-H and played the flute in her school concert and marching bands.

Ann met Mark Henthorn at Iowa State University and they were married on October 14, 1978 at St. Patrick's Church, Waukon, Iowa. They enjoyed living in Overland Park and Shawnee, KS, Knoxville, TN, Centerville, VA, and Morgan Hill, CA, before moving to Muscatine early in 2001.

Ann's interests included her flower garden, reading, home decorating, sewing, and a wide range of music. Ann and Mark could be seen on evening strolls and bike rides around Muscatine or attending the various local musical and drama group programs. Ann loved people in an unassuming way, finding herself a loving second mother to many of the Muscatine Community College international students. Ann was a follower of Jesus and an active member of Walnut Park Baptist Church. She taught Jesus to children from 1980 until just a month before her death. Ann's relationship with Christ Jesus defined her life.

Ann was preceded in death by her parents and brother Charles T. Hall. She is survived by her loving husband, Mark of Muscatine; their three children Jonathan (Jamie) Henthorn of Morgan Hill, CA, Gina (Jonathan) Mitchell of Westminster, CO, and William "Will" (Clair) Henthorn of Fitchburg, WI, and grandchildren Eleanor and Thomas Henthorn and Thaddeus, Haven, Silas, and Paisley Mitchell. She is also survived by her sisters, Karen (Warren) Varley of Stuart, IA, Susan (Daniel) Cahoon of Monona, IA, and sisters-in-law Susan Hall of Waukon, IA, Cynthia Joy Hail of Coeur d'Alene, ID, and Mary (Dave) Houtz of Ft. Madison, IA., many nieces, nephews, cousins and friends.

Ann was a very nice lady to take groceries to and she has a wonderful daughter who worked with us. Our condolences to the whole family and especially to Gina. We're thinking of you. Kay and Tammy

I met Mrs. Henthorn for the first time when I was a groomsmen in her son Will's wedding. I had been Will's friend for years, but we had only ever spoke or interacted online, and met face to face for the first time two days before his wedding. Despite that, Mrs. Henthorn accepted me as one of Will's good friends. I still remember an interaction we shared at Will and Clair's wedding reception. I embarrassingly and mistakenly thanked her for having me at the event. Without a second thought she said "You're welcome, we're glad you were able to make it" and complemented me on my (admittedly bad) dancing. Our limited time together was enough for me to know that she was a wonderful and caring person. My condolences to all of her family and friends.

I remember meeting Ann at a family reunion. She was very gracious and kind. I appreciated her keen sense of humor. Love always, Stacye Pratt

When I came to study at Muscatine Community College as a student from South Africa Ann was one of the first people who welcomed us with Mark. So loving and caring. Always helpful and willing to an extra mile for all the international students. I pray for strength for her family. May her soul rest in peace.

I know we didn't get to see each other often but I remember Ann as a soft-spoken aunt with a big heart and a huge love for Jesus Christ. My heart goes out to Mark, Jonathan, Gina, Will, and the rest of the Henthorn family.

Ann was a very sweet and very Godly woman and my deepest heartfelt condolences and prayers go to Mark and Will and the rest of the Henthorn Family during this very difficult time.

Several years ago, I met Ann at the Y in an exercise class. It didn't take long to connect with her warm personality and the fact that we share a strong faith. May blessing of memories be felt by the entire family.

The attached photos are added to the memorial of Ann M. Henthorn to help share their legacy.

Thank you for sharing your memory of Ann