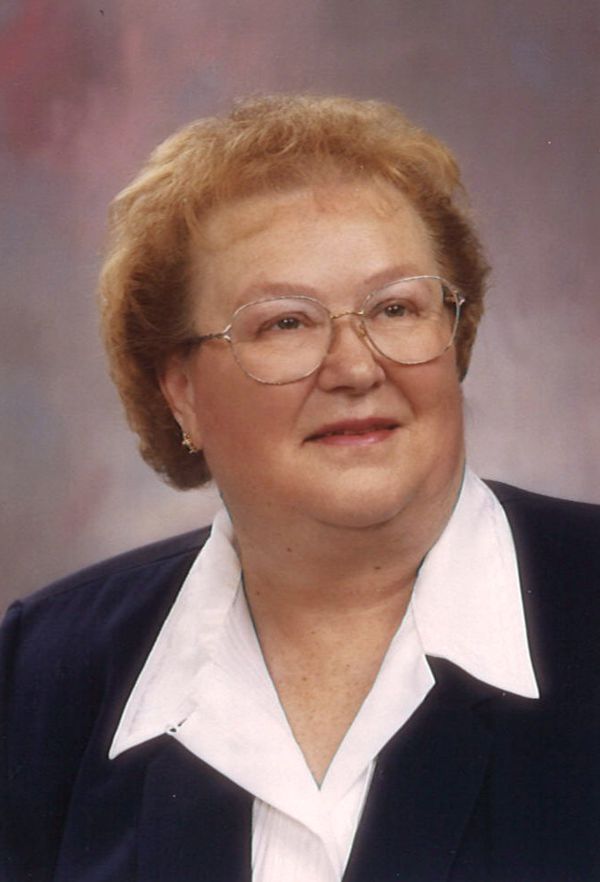 
Katie was born on October 15, 1936 on a farm north of Muscatine, the daughter of Walter 'Pete' Ballenger and Inez Boom Paetz. She married Allan Ball on November 19, 1955 at Zion Lutheran Church, Wilton, IA.

She graduated from Wilton High School, in 1955. She raised five Children (four daughters and one son), worked for a short time at Heinz, was a Tupperware Manager for five years and retired from Real Estate after a 30 year career.

She was a member of Our Savior Lutheran Church having served on various committees. She was an avid card player and participates in several monthly card clubs. Her family has come to enjoy her many collections of Bluebird crystal vases, butterfly and watermelon artifacts. She absolutely loved parties and family gatherings. She enjoyed buying gifts throughout the year for her favorite holiday - Christmas.

She was preceded in death by her parents; her step-father; Reinhart Paetz; her brother, Daryl; her sister, Frances Carter; her step-brother, Jerry Paetz; and one nephew, Dean Ballenger.

Alan, I am so sorry for your loss. I've seen you two at car shows in the past. I hope you continue to enjoy the things that make you happy. Connie Grunder Hoekstra

Becky and family Linda and I send our sincerest sympathies for the loss of your mother. Katie sold us our house when we moved to Muscatine in 1998. Great lady.
Rodney and Linda Dennis

Becky and family. Sending you our deepest sympathy as you grieve the loss of your mother and hoping you will find comfort in knowing others care.
Larry and Tammy Fisher

We are so sorry to hear of Ka'ties passing. She was a great person and will be missed by many. Can & Billie Burns & Family

Sue and family, your Mom always welcomed me at your house & it was fun, since you had alot of sisters. I'm so sorry, sending hugs & prayers.

Katie will be deeply missed at our Card Club. Prayers go out to Suzie and all the family. She was a wonderful person and I'm very sad . Her friend, Lou Berner

So sorry for your loss. You have wonderful memories of her that you will all cherish. We are out of town for a few days so will not be able to attend services. Hugs to all of you. You are all in our prayers and thoughts.

Susan, this picture of your Mom is how I remember her. We had so much fun at your house when we were kids , all the fun parties and hay rack rides. She was such a nice lady. So sorry for all of you for the loss of your Mom. I hope the wonderful memories you have of her will bring you some comfort. Thinking of you all.❤️

SO SADDENED TO LOOSE KATIE. SHE WAS OUR LEADER IN THE CLASS OF 1955 WILTON HIGH SCHOOL..SHE KEPT US TOGETHER FOR AN ANNUAL REUNION AND PLANNED THE SPECIAL EVENTS FOR THE YEARS WE CELEBRATED WITH THE ALUMNI GROUP. SHE WAS A GREAT PERSONALITY , ALWAYS SMILING AND POSSITIVE IN HER OUTLOOK. SHE AND ALAN HAVE LIVED THROUGH MANY TRIALS, HEALTH WISE AND BEEN GREAT WITNESSES SHOWING GREAT FAITH AND SINCERE TRUST IN CHRIST. SHE WILL BE MISSED BY THE ENTIRE COMMUNITY..LOVE AND PRAYERS TO THE FAMILIY. A CLASS MATE..MELODY EVANS

After my mom died, I grew to having a great fondness for my Aunt Katie. She was a lot like my mother was, very kind and always there for you if need be. She became my second mom. I am grieved by her passing and will truly miss her.
My condolences to my uncle Alan and my cousins. Please know, I sincerely feel your loss and empathize with you at this difficult time. Prayers go out for peace and healing. Robert Ball

Praying that memories and family will comfort you all during this season of loss. I am so very sorry. Karen Brown

I’m sorry for your loss. Katie was always so pleasant to chat and joke with. She will be missed!

I worked with Katie for many years at first realty. She was a wonderful woman, always with a laugh ready. I'm so sorry for your loss. She will be truly missed.
Kathy Steadman kmieciak

The attached photos are added to the memorial of Kathryn 'Katie' Ball to help share their legacy.

Thank you for sharing your memory of Kathryn 'Katie'