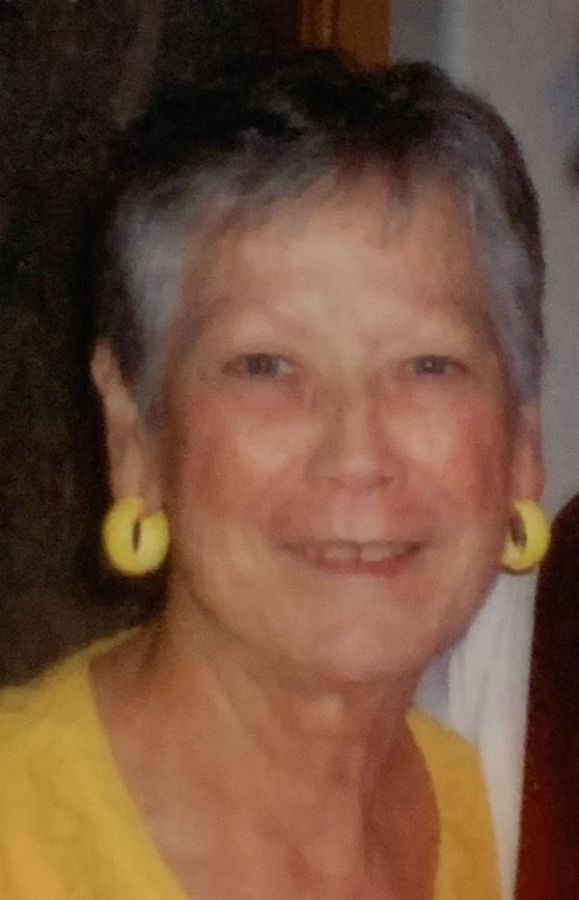 A Celebration of Life will be held at 4 p.m. on Friday, September 13, 2019 at the American Legion. The Ralph J. Wittich-Riley-Freers Funeral Home will be in charge of arrangements. Online condolences: www.wittichfuneralhome.com


Judy was born on February 16, 1945, in Muscatine, the daughter of Jesse and Pearl Egel Coulter. She married Orval Esmoil on October 19, 1963 at Spangler Chapel.

Judy graduated from Muscatine High School, Class of 1963. She was a Grange member, taught Sunday school, and was referred to as 'Taco Judy' because she loved to make tacos. She enjoyed feeding and watching humming birds. Judy was a devoted wife, mother, and grandmother. The joy of her life was watching her grandchildren grow. She loved her soaps, watching The Bachelor, and Survivor. She also enjoyed her monthly luncheons with her classmates.

She was preceded in death by her parents; four brothers, Jesse, John, and Richard Coulter, and Glen Coulter in infancy; and three sisters, Dorothy Zaehringer, Linda Coulter Esmoil, and Rosie Rector.

We are so sorry to hear the passing of our Dear Aunt Judy. We have so many fond memories of our travels up North as kids. Our thoughts and prayers are with you Uncle Orval and the entire family. Love, Kay, Casey & Nicholas xx

I am deeply saddened by Judy's passing. I enjoyed being her "nurse" for many years. She always had a smile and kind words for all. She never complained. I will truly miss her
Nurse Becky

The Coulter and the Jackson families grew up in the same neighborhood on East Hill. We were taught a high work ethic because our folks worked hard and showed respect for everyone.
We all played together, got along and had fun with other kids in the neighborhood. This was a time when you could be out after dark and not worry about something happening to you. Parents could spank you, tell your parents and they would spank you too, after thanking the other parents for correcting you.
Judy was always a sweet person and seldom without a beautiful smile. Her brothers and my brothers, Tal & Rick Jackson were good friends who enjoyed sports.
Later in our lives, I ran into Judy at the Nichols Auction and would look forward to seeing her there. The mention of her name has always made me smile.
My deepest condolences to all of her family.

Judy was one of the “Mulberry Moms” that made the school special. So sorry to hear of her passing

People pass on but their memories live on forever. Judy was a loving and a kind lady. So sorry for the family loss. Marilyn and Leroy Smock

My condolences. I remember her from way back when I was a little girl. Judy was a wonderful kind lady.

We are so sorry for your family loss. Judy was always so friendly and fun to visit with. You are in our thoughts and prayers.
Doug and Colleen Maurer

I am so sorry for your loss. Judy was a wonderful person. Alot of memories from the University of Atalissa. Always a friendly smile and contagious laugh. Rest in peace Judy.

I am so very sorry for the family's loss! I loved this lady, she had a wonderful smile and was really easy to talk to! Loved those days at the "U" in Atalissa. No doubt she will be missed!!

So sorry for your loss. I always loved to talk with Judy. Always so kind.

May memories comfort your hearts. We offer our sympathy and blessings.
Dyann & Dave Roby

The attached photos are added to the memorial of Judith Esmoil to help share their legacy.

Please help memorize Judith Esmoil by recording your attendance below.

Thank you for sharing your memory of Judith