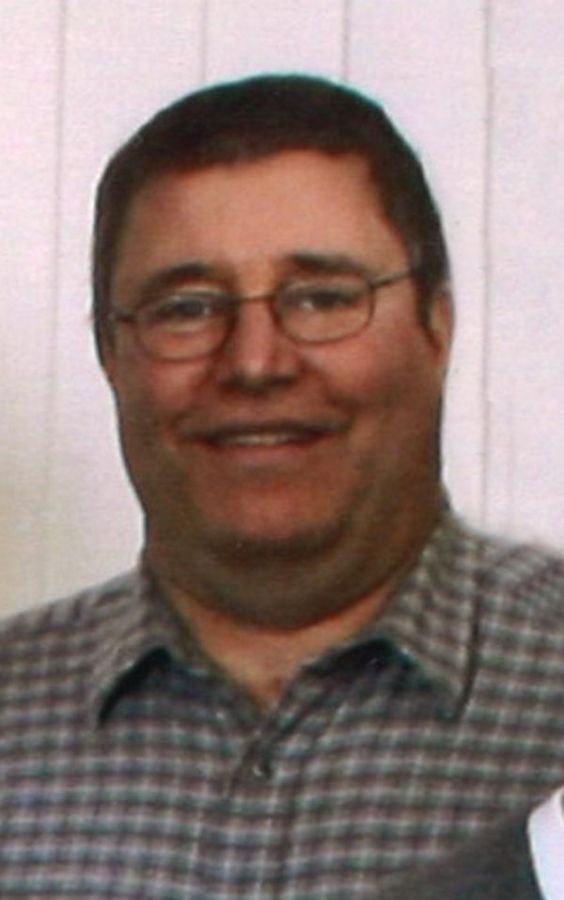 PAUL HOWARD
DAVENPORT, IOWA - Paul A. Howard, 62, passed away peacefully in his home, Senior Star Assisted Living, on the evening of Monday, September 23, 2019.

Celebration of Life Service will be held at the United Methodist Church, 1401 Maurer Street, Wilton, Iowa on Saturday, November 2, 2019 at 10 a.m. Pastor Paul Benevides of Senior Star - Davenport, will officiate. A time of food and fellowship will follow the service at the church fellowship hall.

Paul was born on October 30, 1956 in Nice, France to Lawrence K. and Joan Pelusio Howard. He grew up in Rochester, New York with his younger sister, Nancy. In his late teens Paul's family moved to Burlington, Iowa where he finished school and went on to earn his Bachelor's and Master's Degrees from the University of Iowa, becoming a forever Hawkeye. In 1983 Paul met the love of his life, Karla J. Garvin. They married in 1985 in Muscatine. They had two daughters, Lindsey (Carlos) Ramos and Courtney Howard, who were Paul's greatest joys. His professional career started with teaching and coaching elementary school for several years. In 1990 he became employed as an instructional designer for Microsoft.

Paul always had an adventurous spirit. Before starting a family of his own, he went on many camping trips and cross country adventures with his best friends. Once he started his family, he continued to make memories with his wife and daughters coaching basketball teams, riding bikes, traveling, being outdoors, hiking and camping in the mountains, fishing, skiing, and scuba diving.

Paul was an avid Minnesota Twins, Chicago Cubs and Iowa Hawkeye fan. He was a loyal friend and was lovingly referred to in his close circle of friends as the "Recreational Dictator". He was always planning things and wanted to make sure everyone attending had a great time. Paul was a storyteller. The stories he would tell were so detailed and vivid, you felt like you were there.
Paul's strong faith drove him in his kindness and compassion towards others. Paul exuded love and joy to those around him and was always willing to listen and say a prayer in their time of need. If someone was feeling hurt, he hurt with them. If they were feeling joy, he felt the joy as if it were his own.

Paul's many lifelong friends were always considered family and held a huge place in his heart. He made friends everywhere he went. He always made a point of making people feel special and spreading his joy. Paul never knew a stranger.

He is preceded in death by his parents, and his maternal and paternal grandparents

In lieu of flowers, please feel free to make a contribution to the University of Iowa Steed's Children's Hospital or Ferral Care.

I HAVE BEEN HONORED AND BLESSED TO KNOW PAUL WHILE AT THE LELAND SMITH HOME IN WILTON. WE WERE VERY CLOSE IN ALL WAYS. HE PLAYED CARDS, ENJOYED PEOPLE, AND MOST OF ALL WAS THOUGHTFUL ABOUT NEEDS. PAUL EMBODIED TRUE LOVE TO ALL.

My wife Susan and I try to take a winter vacation each year. We have to. The winters in Minnesota are just too hard and too long. One year we invited the Harmons and Howards to accompany us to Cozumel. One day we took a drive south on the main highway looking for a little cafe that we had heard about right on the beach. The turnoff was a mud and gravel road that was so full of gigantic potholes that we couldn’t drive more than 5 mph. After a long, bumpy ride we turned a corner and there it was. It was a cool little place, open on three sides with a beautiful view of the ocean. It was Mexican of course. When it came time to take our order, Paul told the waiter, “I want the three shrimp tacos plate”. Since Paul didn’t speak Spanish and the waiter barely spoke English, Paul held up three fingers for emphasis and stated clearly “tres”. The waiter hesitated for a minute and then shook his head and hustled away. When the food came out, the waiter brought three orders of three shrimp tacos! Nine tacos. Paul was too embarrassed to complain and every time we returned to that little cafe, we had a good chuckle on Paul’s behalf.

There were a bunch of us who met and became friends in Muscatine back in the early 80’s. One Thursday night we were all down at the Mississippi Brewing Company having a few beers. We were having a very nice time but one thing was missing to make it even better: Paul Howard. I believe Paul was home getting a lesson plan prepared for his 4th grade class the next morning and, being a teacher, Paul was somewhat reluctant to being seen by his students’ parents, particularly if he might be getting involved in an overly boisterous situation. But we were not to be denied. This was the days before cellphones but someone dialed him up on the pay phone, held up the phone for the entire bar and began to chant “Paul Howard, Paul Howard, Paul Howard, etc.” It wasn’t long before we had the entire bar chiming in. Paul showed up about ten minutes later. Even he couldn’t resist being the center of it all.

Sure miss “watching” the Iowa games with Mr. Howard. Texting back and forth during the games. Hashing over the past games and talking about the upcoming ones. Talking each other down from the ledge after a tough loss and savoring a big win. Needed you today Paul.

It's such a sad thing to hear of Paul's passing, and our thoughts and prayers go out to Karla and the girls. Paul was indeed a sweet and kind man, I never heard a bad word from him.

We will remember Paul for his great attitude on life. He loved others, he was kind, he was a joy to be with. He was a great example of Jesus.. Many times he would call my Mom (his 97 year old aunt) and would just call to say hi and chat and share stories with her. He will be missed by us!! He endured to the end.
Cousins Roz & Greg & Aunt Virginia from California

I have only known Paul for the last several years. We had fun yelling for the Hawks, playing cards. telling jokes and listening to his music, which he loved. He will be missed. My thoughts and prayers go out to all his family and friends. Jorge Ann Swinford, Des Moines, Iowa

We are so sorry for your deep loss. Although we didn’t see Paul often he was always a very sweet person and we always enjoyed his company.
Darla and Dennis Adams

Dear Karla & family,
I am so sorry for your loss. My thoughts & prayers are with you.
Karen Diehl
Fairfax, IA

Nov
Saturday
United Methodist Church
1401 Maurer Street
Wilton, Iowa 52778
10:00 AM
A time of food and fellowship will follow the service at the church fellowship hall.
Directions  Add to Calendar

The attached photos are added to the memorial of Paul A. Howard to help share their legacy.

Please help memorize Paul A. Howard by recording your attendance below.

Thank you for sharing your memory of Paul