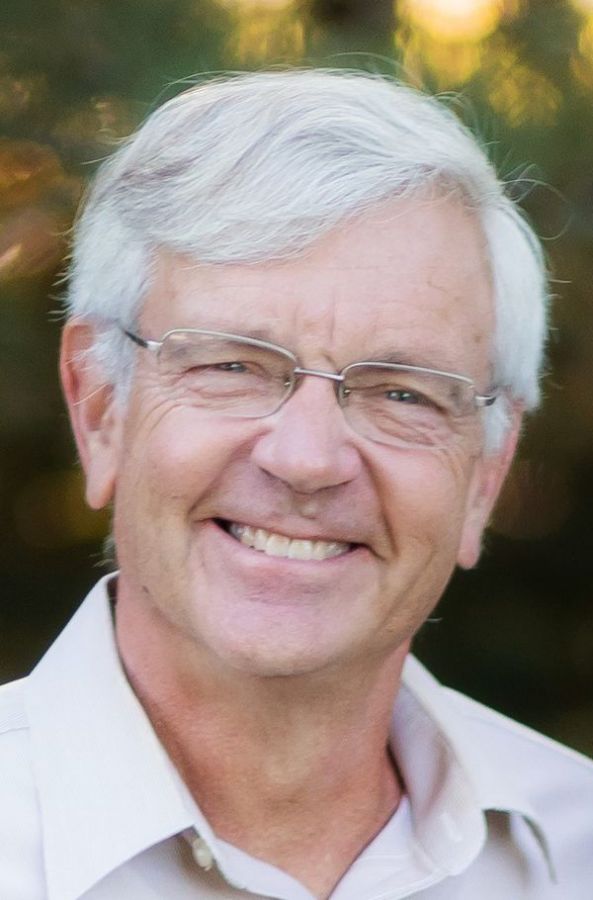 ROBERT MORRISON
Robert Morrison, of Muscatine, IA moved to his heavenly home on October 7, 2019 while sleeping peacefully next to his loving wife after a four year decline due to FTD (Frontotemporal Dementia).

Bob, also known as Rob, Tiger, and Robert, was born in Iowa City, IA on June 27, 1951 to Donald and Phyllis Morrison. He loved saying he was born wearing a Hawkeye sweatshirt, and he was an avid Hawkeye fan until the day he died. His life was a miracle as he was born with a hole in his heart and would not have lived past 8th grade if he had not had open heart surgery at 6 years old.

A Celebration of Life honoring Bob will be held at 10:30 AM Saturday October 19th at Wesley United Methodist Church, 400 Iowa Avenue, Muscatine, IA. Visitation will precede the service at 9:30.

Bob spent his growing-up years with his younger brother Rich in Marshalltown, Des Moines, and Mason City where he graduated from high school with the Class of '69. He met Norma, the love of his life, while attending NIACC, and graduated with a BBA degree in Marketing and Finance (and partying) from the University of Iowa in 1974.

Bob and Norma began their married life together on June 1, 1974 and spent the next 45+ years loving Jesus, loving each other, and making the world a better place. Bob received many awards over the years but especially meaningful to him were the Marriage Encounter "Ham and Eggs" award for sacrificial service, The Silver Beaver award from the Boy Scouts of America, Rotary International's Guardian of Integrity Award, the Quad Cities "Hometown Hero of the Year" award (twice), the Mason City High School Distinguished Alumni Award, and most treasured may have been earning his Eagle Scout award.

Bob loved people and his greatest joy was helping them grow in confidence, relationships, leadership, and faith. While Scouting with his sons Rob, Tom, and Jimmy, he helped thousands of boys (and girls too) become leaders, overcoming fears like heights and public speaking, and so much more. While presenting 61 Marriage Encounter Weekends in the US and Asia with Norma, hundreds of couples became closer to each other and to God in their marriages.

Many know Bob as the founder of Honor Flight of the Quad Cities where he served as the first Hub Director and set the foundation that continues today. He personally led the first 33 flights taking over 3,000 veterans to see their memorials in Washington D.C.

Bob was an amazing husband to Norma, father to Rob, Tom, and Jimmy, father-in-law to Kayla (Tom) and Kelsey (Jimmy), and grandpa to Noah (Rob), Hayden, Isaac, and Tyler (Tom and Kayla), and Molly and Audrey (Jimmy and Kelsey).

In honor of Bob, please consider donating to the charity of your choice or Unity Point Hospice at Home, 106 19th Ave, Suite 101, Moline, IL 61265. Include in the memo: In memory of Bob Morrison. The family will love for you to share how you have honored him.

Norma & Family, our thoughts and prayers are with you and your family. Bob’s impact on our family was significant as both Nick & Nate achieved the rank of Eagle Scout due to his influence. RIP Bob!

Norma and boys, I'm so sorry to hear about your loss.Bob was always so kind and friendly to our family. He had such a talent for making a stranger feel like they were his best friend. Take care.

Norma and Family- My sincere condolences to all in your family. I recognize the pain you have experienced these last few years as you do lovingly cared for Bob. I pray that you will always remember him as the faith filled brilliant and energetic man he was.

A donation in his memory has been made to the Ridgecrest Foundation. I am proud to say that I was one of the decision makers who hired Bob at Ridgecrest. What a wise decision that turned out to be as he served the Foundation and Ridgecrest so well.

Bob Thanks for the Memories, I will not forgot the day I asked if you would Take over Leadership of Pack 99 we I was planing to step down from the Position! Like everything else you have done , You did hesitate. I was a great relief to me to know that the young men would continue to have a great leader. Thank you for looking of our Military, like the great scout leader for the youth , you followed thru with our older population, Thank you. My father will never forget his Honor Flight, Thank you for that. Bob I'll miss seeing you out for an evening walk, may you walk with out pain. Thank you my friend! May you rest in peace. Norma may you and the boys know that he is a better place and closer to the Man he loved, Praise God, Take care of my friend. Richard Hines (the old one)

My cousin Bob was a great, kind, thoughtful, funny and family based person! He loved life, and enjoyed all aspects of life. He loved Norma and the kids and was always a happy person. I enjoyed his laugh and have many memories with Bob and Rich when we were younger and the “Morrison” family get togethers durning Christmas Eve for many years. All gatherings were enjoyable and our families were tight and loyal. The Morrison’s led by Grandfather GEORGE, sons (brothers) Gifford, Don, and Ira, were quite the three brothers that were involved in churches, scouts, military, and in helping the underprivileged with giving. Their teaching and love were passed to all of us. Rob was an example of that Morrison kindness, loyalty, and was blessed with a supportive wife. I will miss him. Grace, Tom Tucker Morrison

Like so many others, I have countless great memories of Bob. I served as program director, bus captain and guardian on many Honor Flights with him. I feel so lucky to have spent so much time in his company on these flights.. He had a gift for making people smile.

We met Bob when we were guardians on a Honor Flight. A genuine gentleman. May he Rest In Peace. Roger and Bonnie Boostrom

To Norma and Family, it was as sad moment yesterday to hear about Bob's passing. He is a great man of God and he and you Norma have been an inspiration in my life. H ed will never be forgotten. I wish I could come on the 19th but will be Albuquerque. Thoughts and prayers are with you. Pastor Buck

One of the most genuine and wonderful people I have ever had the pleasure of meeting. The Dulles Honor Flight crew looked forward to seeing Bob's smiling face each and every time Quad Cities came to town. Sending love to Norma and the rest of the family. Godspeed, sweet Bob!

A man of faith who shared his skills with all of God's children. Rest in peace, Bob.
I met Bob and Norma when I was Postmaster in Muscatine --what a gift that was.

I met Bob while pushing wheelchairs on two of his Honor Flights. He was one of the greatest people I have ever met. Rest in peace Bob.

To Norma, Rob, Tom and Jimmy. Sorry to about your husband and father passing. Bob was a great mentor and I remember meeting him at a lot of events we had in Boy Scouts. He will be missed by many. I’ll be thinking of you at this time and Bob will be miss by many.
Adam Drawbaugh

The attached photos are added to the memorial of Robert 'Bob' George Morrison to help share their legacy.

Thank you for sharing your memory of Robert 'Bob'