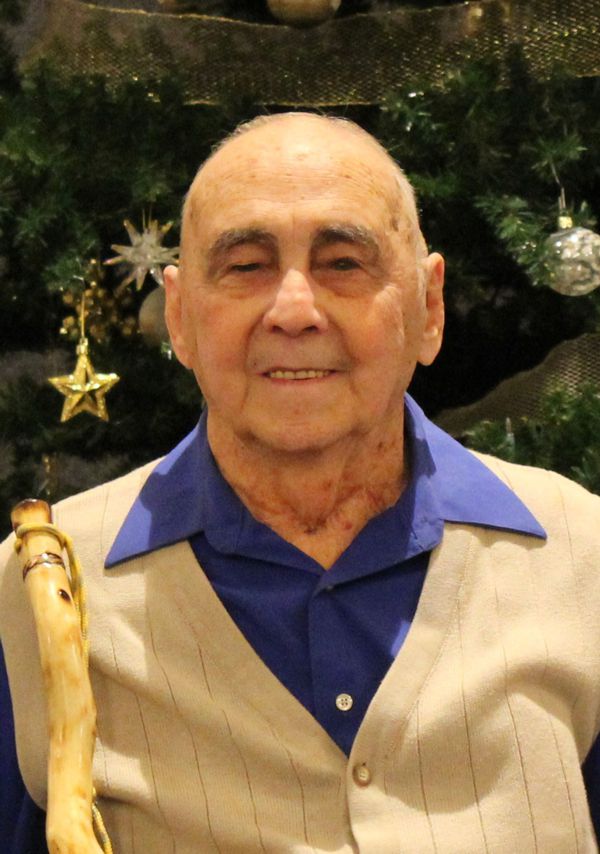 Visitation will be held from 4 until 7 p.m. on Wednesday, February 5, 2020, at the Ralph J. Wittich-Riley-Freers Funeral Home. Memorials may be made to the VA Hospital or Hospice Compassus. Online condolences: www.wittichfuneralhome.com.

Fredric was born December 8, 1930, in Muscatine, the son of Paul and Elma Mae Ruckles Hurlbut. He graduated from Muscatine High School, class of 1949. He married Johannah S. Schubick on June 4, 1950, at the First Baptist Church in Muscatine.

Fredric is a veteran of the United States Army. He served with distinction in the 15th U.S. Infantry during the Korean Conflict as a tank gunner.

He was a proud member of Local 387 Plumbers and Pipefitters, retiring in December of 1992. He was a lifelong member of First Baptist Church and enjoyed spending time with his family and grandchildren.

Fredric enjoyed making copper bracelets and woodworking. He especially enjoyed making his custom walking sticks that he sent to over 200 family and friends. He was an avid gardener and was very fond of his fruit trees. He loved sharing his peaches and apples with many, especially when they ended up in his wife's apple pie.

He was preceded in death by a son in infancy; his parents; and seven brothers, Allen, Charles, Gayle, Merle, Wildon, Paul, and Robert.

Johanna, Bret, Jenny, Jason, and families. Our heart goes out to you. Fred had heart of gold and always a smile. He will be greatly missed.

I shall long remember all the wonderful times we shared with you and your great family. The gardeners in heaven are waiting and will welcome you with open arms. Rest in peace my friend.

I shall long remember all the wonderful times we shared and your great family. Rest in peace my friend. The gardens in heaven will welcome you with open arms.

May he Rest In Peace.

I've never heard a bad word or remark from Fred. He was sweet to everyone around him. From one Veteran to another Veteran...he will be sorely missed. He had a special bond with me as well as with others. He was that sort of man who projected well being. May you RIP Fred...

The attached photos are added to the memorial of Fredric C. Hurlbut to help share their legacy.

Thank you for sharing your memory of Fredric