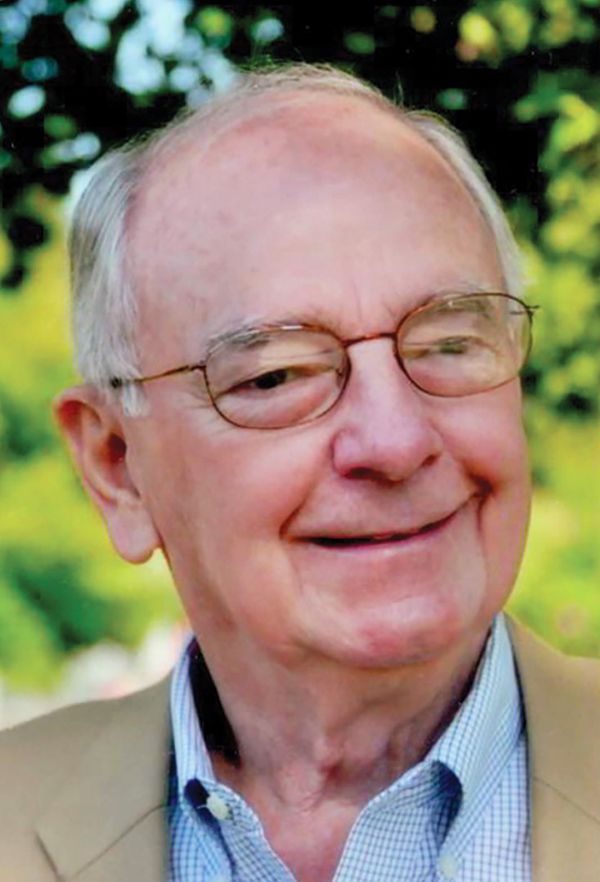 To view a LiveStream of Jacks service, please click on the following link.
https://www.facebook.com/saintsmaryandmathias/
https://marymathias.org/

Visitation will be held at 10:00 a.m. until 10:30 a.m. on Friday, July 24, 2020, at the St. Mathias Church in Muscatine. In lieu of flowers, memorials for the Jack May Scholarship fund to support a student from Mineral Point to attend college can be sent to Central State Bank, 301 Iowa Avenue, PO Box 146, Muscatine, Iowa 52761. Online condolences may be made at www.wittichfuneralhome.com.

Funeral Mass will be held at 10:30 a.m. on Friday, July 24, 2020, at the church. The Reverend Chris Weber and Deacon Dennis McDonald will officiate.

Jack was born May 13, 1937, in Mineral Point, Wisconsin to Herman and Mary (Mae) May. He married Elaine Houtakker (deceased) on November 15, 1958, in Belmont, Wisconsin. Together they loved raising four boys in Muscatine, Iowa. Jack was a devout Catholic and extremely proud of his sons, grandchildren, and daughters-in-law. He thoroughly enjoyed a successful 42-year career with Kent Feeds where he retired as President in 2003. Jack cared about his community and was active in many local projects, civic organizations and on industry boards supporting the agriculture industry. He was always on the go, and would make it to his children's events, be an auctioneer for a charity, or announcing at a swim meet. Anywhere the action was, Jack was in the middle of it. When the hog industry went into a deep recession, he led a campaign to "Eat more pork" which was recognized across the Midwest.

After the passing of Elaine in 2000, Jack moved to Granite Bay, California, and married Laura Rexroad (deceased) on August 2, 2003. Jack embraced Laura's family, his new community, and was active in the Granite Bay Rotary. In his spare time, he enjoyed walking his four-legged friends in the neighborhood and enjoyed writing children's books. He wrote "Jumpin; Jackie, The Cow That Jumped Over The Moon," "Rolf's Guide to Training Your Pet Human" and he invented the Moon Jump Trainer, designed to keep kids active. Jack was passionate about encouraging others and selling the positives of life. He was a strong believer in the importance of post high school education and has established several scholarships. As a life-long Rotarian, he spearheaded a flag project at the Granite Bay Park which recognized veterans of the armed services. He was best known for his sense of humor, storytelling, and ability to make each person he interacted with feel special.

John was preceded in death by his parents; Elaine May; Laura May; granddaughter, Nora Grace May; his sisters, Genevieve (Sr. Stellan) and Norma Christ.

The May Family are in my thoughts and prayers as you celebrate the life of Jack. I hope that Love and good memories will help to get you through this sad time.

Thinking of your family as you pay tribute to your Dad! He was a great leader of youth and believed in their success! He had high goals for you boys and a great community leader! Muscatine was fortune to have the May family here for the many years he was at Kents. We will be thinking of you and your families as you heal. God Bless!

My sincere condolences to Jacks family. May your find peace and joy in your memories.

A man with knowledge, character, and values. Thank you, God, for sharing Jack with us. Dyann & Dave Roby

The attached photos are added to the memorial of John 'Jack' May to help share their legacy.

Please help memorize John 'Jack' May by recording your attendance below.

Thank you for sharing your memory of John