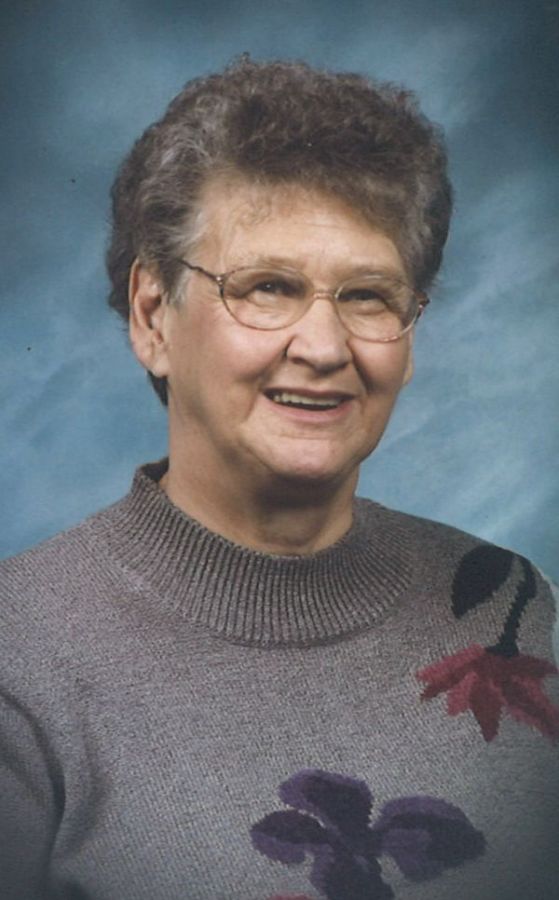 Services will be private. The Ralph J. Wittich-Riley-Freers Funeral Home is in charge of arrangements. Burial will take place in Greenwood Cemetery. Online Condolences: www.wittichfuneralhome.com


Faye was born on June 14, 1940, in Muscatine, the daughter of Paul Alvin and Faye Elizabeth Dennis Smith. She married Russell L. Cole on September 28, 1958.

She was a homemaker and worked at the school in the cafeteria. Faye retired from H.J Heinz.

She is preceded in death by her parents; her husband in 2018; her son, David Russell Cole in 2016; two brothers, Paul and Earl Smith; her granddaughter, Melissa Sue Cole; one brother in law, Frank Lascelles; and one sister in law, Bev.

My memories of Faye are all of a godly nature. She shined for God. I felt a kindred spirit with her more than just being a sister in Christ. I felt like I would be someone like her as I aged. She was quick to pray, and enjoyed singing, Faye was stalwart in her faith. People would know to go to her for prayer. I will miss how she prayed for me during our visits! Even i her last days she was a soldier for Christ, leading ladies at Sunnybrooke to Christ. Now in the arms of her Savior, rest my dear friend. We will meet again.

Pam, Norman and the extended family. This is so sad. Take comfort in the wonderful memories and knowing that she is back in Russell's arms. There are so many memories of my own. She was a truly wonderful woman. She's back in the company of some other very special people. I know mom and dad have welcomed her home. So sorry for your lose. Love and comfort to all!

You'll be deeply missed Grandma. We love you!

Norman, Pam and families: I'm so sorry to hear of this loss. I have very fond memories of her at church working in the kitchen (great cook) and I remember her raising her hands and praying at church. She was a very special lady!!

So sorry for your loss. I always liked Faye and Russell. May God comfort you and bring to mind pleasant memories till you see her again in heaven. Grace Steckman

The services for Faye have not yet been added. Please sign up below to be notified when the services are ready.

The attached photos are added to the memorial of Faye D. Cole to help share their legacy.

Thank you for sharing your memory of Faye