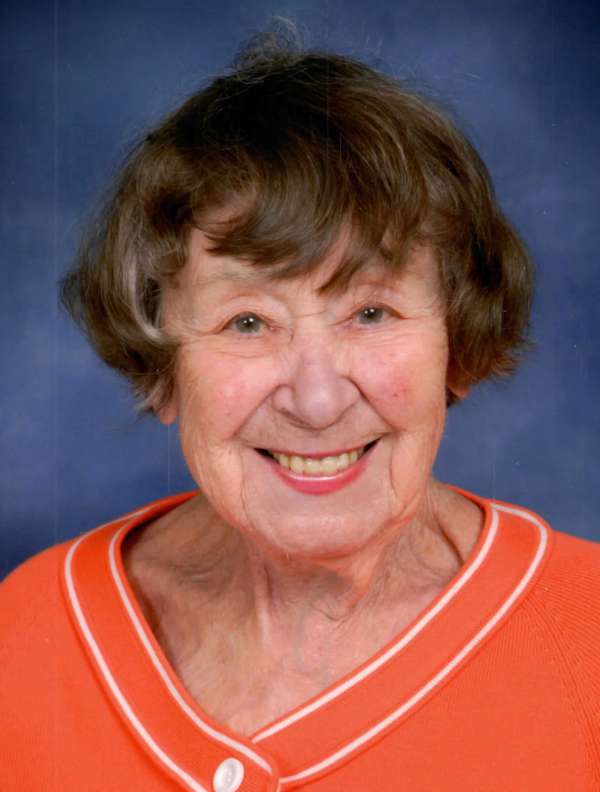 Funeral Mass will be held at 11:00 a.m., on Thursday, October 1, 2020, at St. Mary and Mathias Catholic Church. Reverend Chris Webber will officiate. Burial will take place in Memorial Park Cemetery. The Ralph J. Wittich-Riley-Freers Funeral Home is in charge of arrangements.

Visitation will be from 10 until 11 a.m. on Thursday, October 1, 2020, at the Ss. Mary and Mathias Catholic Church. In lieu of flowers, the Family asks donations to be made in her name to Loaves and Fishes, Salvation Army or Muscatine Art Center.

Mary Louise Caponette was born in Quincy, Illinois on November 19, 1922. At an early age, the family relocated to Muscatine, Iowa where she lived until the age of 21. Her son Jerry was born in Muscatine and stayed behind with friends until Mary was settled into her new home in Boston, MA after following her mother who had previously moved to that area.

Mary was always interested in cooking and the food service industry which became her passion. Her first job in downtown Boston was at the Parker House and it was there that she met her first husband Louis Caponette who also worked downtown in his hair salon. Although she worked in the food industry and at various restaurants in the Boston area, her true desire was to be in management. This opportunity presented itself at the Towne Line House in Peabody, MA where she moved from a waitress to hostess and assistant manager. Eventually, she moved back to Boston proper and became manager of the State Street Bank's Business Club at the top of the State Street Bank Building. A job she held for many years until she decided to relocate to Salem, Oregon and closer to her son and his family. In Salem she managed the Prime Rib Restaurant and as part of promoting this restaurant became involved in the Chamber of Commerce and the Salem Women's Club finding another passion in community service and involvement.

A few years later, her son moved to Portland, Oregon and she decided to pick up and move closer to her son and his family. She settled near by in the Gresham area where she managed the Gresham Elks Lodge. She again poured herself into her work and her community involvement.

After a number of years working at this, she decided it was time retire and return to her roots by relocating back to Muscatine. So for the next 28 years she worked tirelessly at community involvement leading Loaves and Fishes, working at Salvation Army including bell ringer at Christmas, greeter at the Muscatine Art Center, greeter at Unity Hospital and member of Catholic Daughters at St. Mathias.

She loved to work with people and had an inherent need to help anyone in need. Her self-taught cooking skills were extraordinary. She had the ability to create a delicious five-course meal out of leftovers or manage a banquet for 250 people.

Mary is survived by her beloved son, Jerry Caponette (Leslie); sister-in-law, Corrine Marx; grandchildren, Renee Barnett (Elliot), Jason Caponette (Ali), Heather Caponette;
and four great-grandchildren, Justin Martins (Deanna), Rachel Martins, Cadance Judd, Elias Caponette; and two great-great grandchildren, Justine Jr., and April Martins. She was preceded in death by her brother, Harold Marx and cousin, Katie Ball. She will be missed by her family as well as all the people in the organizations she supported throughout her work and volunteer career

Occasionally one is blessed to meet someone who exudes empathy and compassion with every fiber of being. Mary was such a person. She improved the lives of countless people in our community.

Mary's whole life was a banquet to which all were invited and richly served. The Catholic and Muscatine Community feasted at her tireless and geneous spirit, as she shared her many gifts. Mary served and inspired all who knew her. We all are saddened knowing she is no longer among us, but all the better for the while she was here.

The attached photos are added to the memorial of Mary Louise Caponette to help share their legacy.

Thank you for sharing your memory of Mary