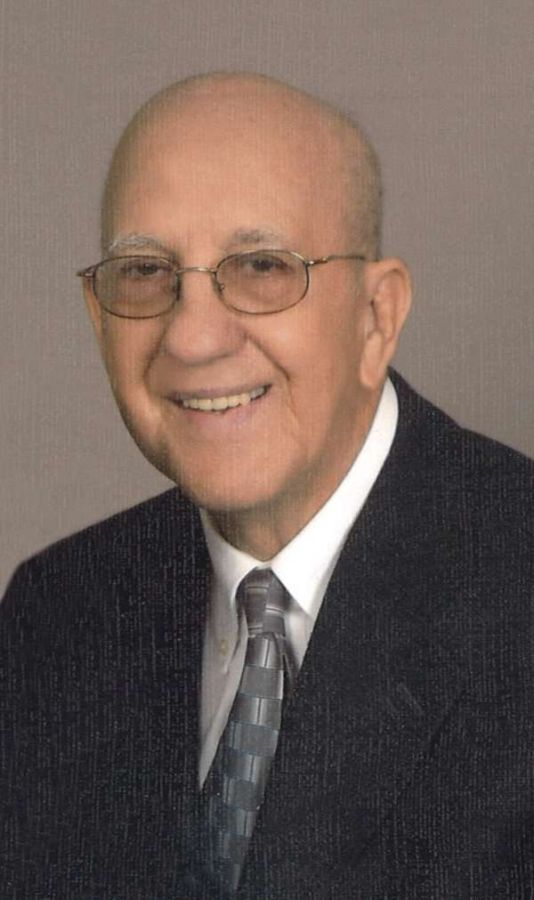 Due to Covid19 the family is having a private family service. In lieu of flowers memorials may be made to Wesley United Methodist scholarship fund or the Honor Flight in his honor. The Ralph J. Wittich-Riley-Freers Funeral Home is in charge of arrangements. Online condolences: www.wittichfuneralhome.com.

Ralph was born on January 21, 1932, in Moscow, the son of Edward and Esther Lemkau Birkhofer. He first married Kathleen Freeland. He later married Lois Beattie on June 21, 1986, in Muscatine. They recently celebrated their 34th wedding anniversary.

Ralph worked as a fire fighter and retired from the Muscatine Fire Department as the Assistant Chief. He was a veteran serving in the U.S Air Force. Ralph was a member of the Wesley United Methodist Church, where he was very devoted. Ralph was also a member of the American Legion.

Activities he enjoyed include traveling with Lois, gardening, American made cars, fixing things, visiting with people, being organized, going places with his friends, and having a great sense of humor. But mostly he loved spending time with his family.

Ralph is preceded in death by his parents; his brothers, Robert, Melvin, Gerald, and Howard; and sister, Violette.

Unfortunately I won't be able to attend the services. Our prayers are with grandma Bea and your family as we share in this loss. Uncle Ralph was a great guy and will certainly be missed.

Sheryl, Lois, Mom Bea, and family: I'm so sorry to hear of Ralph's passing. He was a wonderful man and loved by all who knew him. He will be missed.

Sheryl and family. I am so very sorry to hear about your dad. He was a great guy. My dad thought the world of him. Prayers for you and your family

Cheryl we are so sorry for your loss, all of you are in our thoughts and prayers.

The services for Ralph have not yet been added. Please sign up below to be notified when the services are ready.

The attached photos are added to the memorial of Ralph W. Birkhofer to help share their legacy.

Thank you for sharing your memory of Ralph