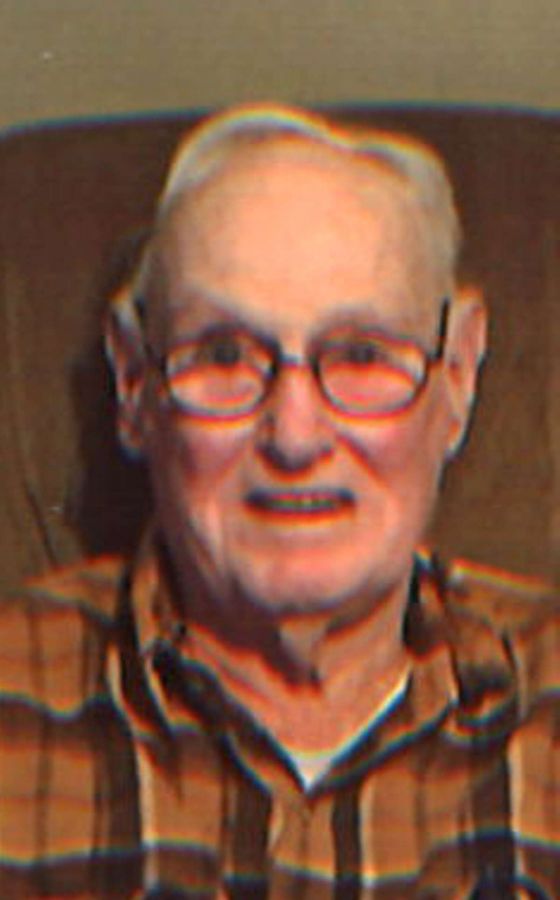 There will be no visitation. A private funeral service will be held. The Ralph J. Wittich-Riley-Freers Funeral Home will be in charge of arrangements. Burial will take place in Greenwood Cemetery. Memorials may be made to Mulford Evangelical Free Church or the Muscatine Humane Society. Online condolences: www.wittichfuneralhome.com.

Roger worked at Farmland Industries for 20 ½ years. He later worked for B & J Auto Parts and Tan Tara. Roger was a veteran of the WWII serving in the United States Navy. He was a member of Mulford Church, VFW Post 1565, and the Muscatine Boat Club. Roger enjoyed golfing and fishing.

He is preceded in death by his parents; his wife, June; and his siblings, Harold 'Dixie' Howell, Robert Howell, Norma Hartley, Wayne Howell, Jerry Howell, and Don Howell.

Enjoyed working with Roger at TanTara Transportation. Condolences to the family.

So very sorry to the Howell family.
Roger meant so very much to each and every one of the Hubbard family. We loved him very much and will miss him forever. One of our very favorite people.

Our condolences to Doug/Janet and families.
I always enjoyed talking with Roger as he was a master of BS, always in good fun.
Roger and June were good friends of Bob/Gloria and Pat/Bud and they always had fun together playing cards or frying fish. RIP Roger...
Rick and Rose Buster

Doug and Janet. Sorry about your Dad's passing. He always had a happy way of kidding me when I was an usher. I miss that. Mike Shield

I so enjoyed seeing Roger at church on Sunday mornings. He always made sure I noticed him and got a hug, a smile, or at least a wave. Your sunshine will be missed, Roger.

What a great person he was. Always came to see us a Scott's and always with that great smile of his. He was so proud of his kids and grandkids... talked about them all the time. Rest in peace my friend. Condolences to the family.

So sorry for your loss. Roger will up there with dad now trying to find a good fishing hole RIP Roger.. Curt and Pat Hetzler

Thinking of All Roger Dodgers family have so many happy happy memories of the neighborhood, cottage bowling trips (got to go on a couple). Your family was our second one. I have to admit I was pretty onery at times but could never pull one Roger Dodger. I will Never forget your family Janet babysitting and teaching me the twist. You all are in my prayers and thoughts. Susie Briggs

I am so sorry for your loss! Roger was such a nice man!

Roger was always fun, whether frying fish or at the Moose stag night, either giving crap or getting crap from someone. Tony Dean from Muscatine will miss that Old Fart,( his name for me and what he called everyone else) Sorry for your loss Doug and Janet and families

Roger was always a happy go lucky guy. Enjoyed seeing him in earlier years at Quarter Back Club. RIP Roger and Condolences to the family. Ron & Deb Streger

The attached photos are added to the memorial of Roger Howell to help share their legacy.

Please help memorize Roger Howell by recording your attendance below.

Thank you for sharing your memory of Roger