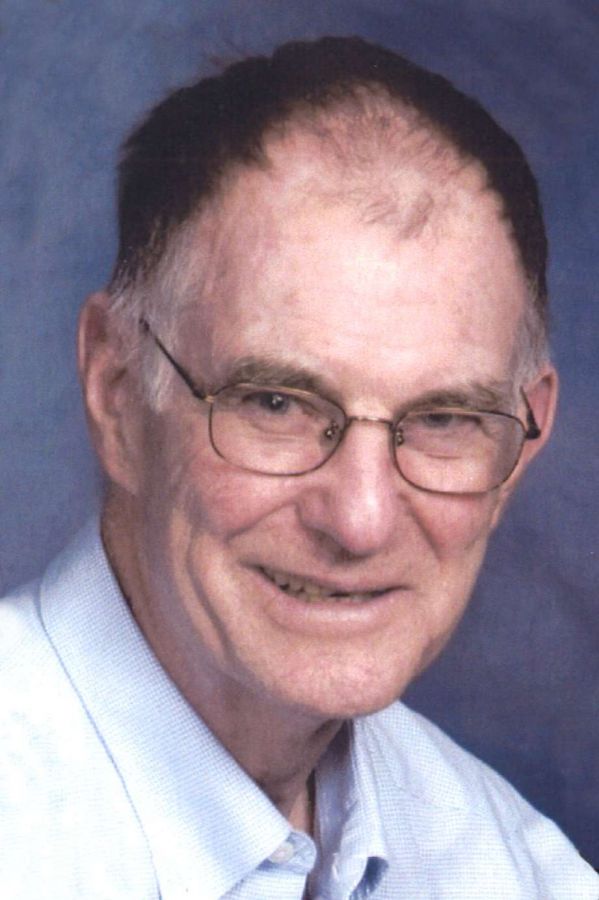 MUSCATINE, Iowa - Otto Richard ("Dick") Maeglin passed away peacefully at his home in Muscatine on October 14, 2020. He was 83 years old. A memorial service will be held at a future date. The Ralph J. Wittich-Riley-Freers Funeral Home is in charge of arrangements. In lieu of flowers or food, the family requests that friends honor Dick's memory by making a contribution of money, time, or talent to any of the following organizations: Muscatine Center for Social Action, Faith United Church of Christ, or the Community Foundation of Greater Muscatine. Online condolences may be made at www.wittichfuneralhome.com.

Dick was the 4th child of Otto and Wilhelmiene Maeglin of Muscatine. Most of Dick's life was lived on Burnside Avenue, growing up at 220 and later raising his own family at 290. Dick lived his entire life in Muscatine, and loved the town with all of his heart and soul.

In 1959, Dick married his high school sweetheart, Cynthia Timm. Together, Dick and Cynthia Maeglin raised five sons (Dave, John, Steve, Tom, and Bill), and took immense pride and joy in each of their children.

After earning his degree from Drake University, Dick began his adult life selling insurance at his father's agency (Maeglin Insurance), eventually taking over the business when his father retired. Dick was a successful business person, with a sharp mind for commerce, and great regard for customers and employees. The insurance agency prospered under his leadership.

In the late 1970s, Dick acquired a vacant warehouse near Fruitland and called this new business enterprise "CAM II Warehousing" (CAM being an acronym for "Cynthia Ann Maeglin"). Dick successfully expanded the CAM II operation and eventually sold the business to key employees.

In the early 1980s, Dick was instrumental in chartering the Community National Bank, creating the first new Muscatine bank in the 20th century.

For a man who lived his entire life in the same town, he left his mark the world over. Throughout his life, Dick enjoyed traveling and he made new friends everywhere he went. The summer of 1954 was spent as an exchange student in Norway. Beginning in the early 1980s, Dick and Cynthia hosted a number of foreign exchange students in their home. In 1985, the Maeglin family also hosted two members of the Chinese agricultural delegation, which led to the unlikely circumstance of current Chinese President Xi Jinping attending son Bill Maeglin's 16th birthday party. Cynthia and Dick were active in Muscatine's sister city relationships with communities around the world. He enjoyed skiing, travelling, and any activity that involved his family. Dick marveled at natural beauty and was awed by historical sites everywhere.

With 30 years of business success and an increasing awareness of societal issues and inequities, Dick began to follow a new passion, shifting his focus to philanthropy and social action. He was disturbed by nuclear proliferation and all things related to war. He became active in anti-nuke and anti-war activities, and to his final days pursued his vision that his beloved Muscatine might be a center for world peace, with a world-class Peace Park located in the community.

Many people in the community will miss Dick Maeglin because in some way, big or small, he made their lives better. He translated his dreams into action through community service, including:

• Service on the governing boards of Muscatine School District and Musser Public Library;
• Sponsorship of an entire class of Franklin Elementary School fifth grade students, supporting them through their school years and beyond;
• Creation of the Muscatine Center for Strategic Action (MCSA);
• Creating and providing seed funding for the Community Foundation of Greater Muscatine;
• Helping to implement the Flickinger Learning Center;
• Advocating for reinvigorating Downtown Muscatine, including personally rehabbing various buildings

Dick suffered from bi-polar disorder. This sometimes affected his actions and relationships with other people. Despite this, throughout his life he strove to leave everything he touched in a better condition. He enriched the lives of nearly everyone he met. He led by example and "walked the walk". Inspired by a lifetime of love and his example of caring for family, friends and community, all five of his children and wife Cynthia were at his bedside in the final difficult days to provide support, care and love. His family cherishes his legacy and is blessed with the gift of having known this amazing man.

Dick is preceded in death by his parents and his brother, Bill, and is survived by his wife, 5 children, 13 grandchildren, 2 great grandchildren, his sister Twyla Woodward and brothers Bob and Jerry.

Dick was always so friendly. Whenever he saw me, he always stopped to talk. I worked in his insurance agency and basically grew up there. I have run into him a few times over the last years. I remember I was walking in the park on Cedar Street and he was riding his bike. He stopped and sat for a minute and I walked by and stopped to visit. I bet we sat there for 2 hours just talking and catching up on life. I will miss him and his kind soul. Ellen Boos


Dick Maeglin gave Connie and me the opportunity to move to Muscatine in 1970 from the Kansas City area. This was a wonderful opportunity to move from a large city to raise our family with the great benefits of small town living. I learned so much from Dick and his technical knowledge of insurance . As the business grew, so did Dick's interest in other business opportunities as well as philanthropy. Dick was an idea creator and he always financially supported those creations. With Dick, there was never a short meeting, as many of you know. Dick leaves a legacy of creating many non-profit organizations in Muscatine. Muscatine has lost a truly creative community leader, unique in his style of leadership. May God Bless O. Richard Maeglin Robert and Connie Miller.

He was a great man. I always enjoyed talking to him! My condolences to his family!

May the Lord bless Cynthia and her sons and family with rest and peace. I remember Dick from the class of 1955. He was a blessings to our city and many others throughout the world. Ron & Toni Chandler

We are saddened to hear of Dick's passing, but know he shared so much with so many. We enjoyed talking with Dick and know how much he loved Muscatine and cared for others. May he rest in peace. May God bring you comfort and peace.

I came to know Dick three years ago. we connected immediately. I will always remember the many cups of tea we drank together, the conversations, and riding in that old Model T, what a pleasure! Farewell my Friend. And my condolences to your family. Alan Arkema

May Christ's promise to eternal life grant comfort and peace to all who mourn Dick's death. Our sumpathy--Dyann & Dave Roby

Saddened to hear of your passing Mr Maeglin. U will b dearly missed. Thank u for your support and representing Franklin 5th

I was sad to hear of Dick,s passing.I have know him for many years. Dick used to live 2 houses down from me on Burnside.

I am saddened by Dick's death and extend my deepest sympathy to Cynthia and his sons and family. We were high school classmates -- at the MHS 45th reunion , I had a chance to really visit with him. The list of his achievements and the good he added to the world is impressive -- he will be missed not only by his family , but by many others .

Dick Maeglin was a friend and neighbor. We started riding tricycles together as 4 year olds. He later bought my parents home at 290 Burnside. He was the only person who always called me Lynn Susan. Will miss my friend.

I always enjoyed our conversations at the Y. Dick was a thoughtful considerate man who loved life and especially Muscatine, our community has lost a driving force and one that cared for everyone. RIP
Chuck VanHecke

It was my great honor to call Dick Maeglin my friend. His mark on Muscatine is deeper and wider than most will ever know. Godspeed beyond my friend.

I remember Dick adopting Us as Our Franklin 5th. I remember Him wanting Us to achieve Our Goals. Every year We had to do a presentation in front of Our Classmates. I was scared and He told Me to take My time. He was very kind. Thank-You Mr. Maeglin for believing in Me! God Speed Mr. Maeglin! And God Be With You All!

I was lucky enough to take the phone call fro Dick saying I want to do things like they do in Chicago and New York...and what is that? Seeing that a whole class of students get their college paid for... and thence was born The Franklin 5th...dictionaries, Jonathan Livingston Seagull, trips and scholarships for the 52 Franklin 5th students. Made my day many times over! 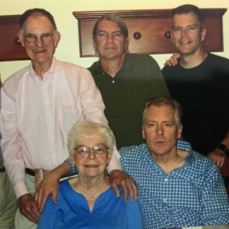 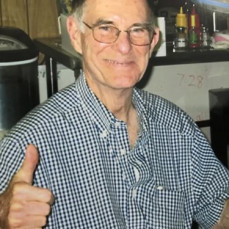 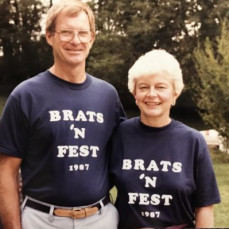 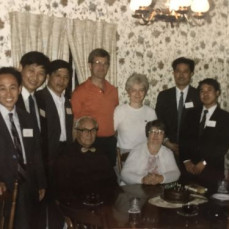 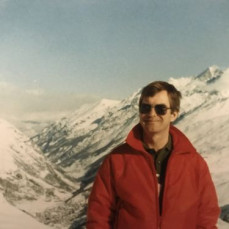 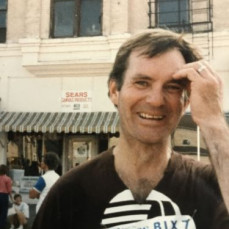 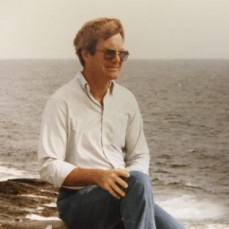 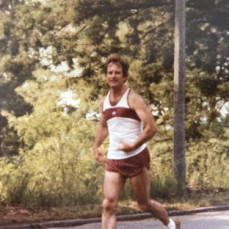 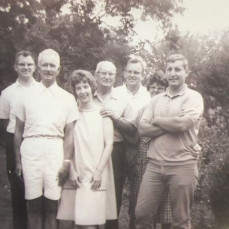 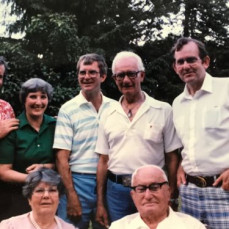 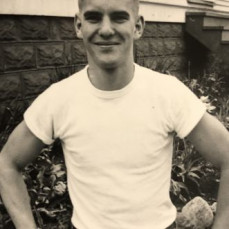 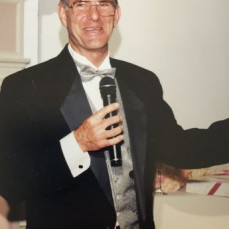 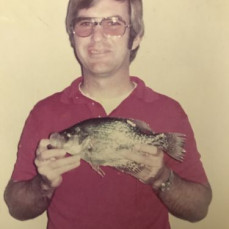 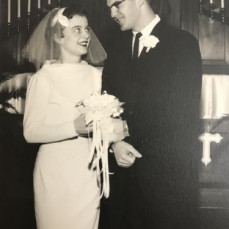 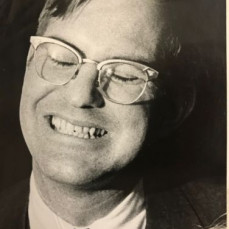 The services for Otto have not yet been added. Please sign up below to be notified when the services are ready.

The attached photos are added to the memorial of Otto Richard Maeglin to help share their legacy.

Thank you for sharing your memory of Otto