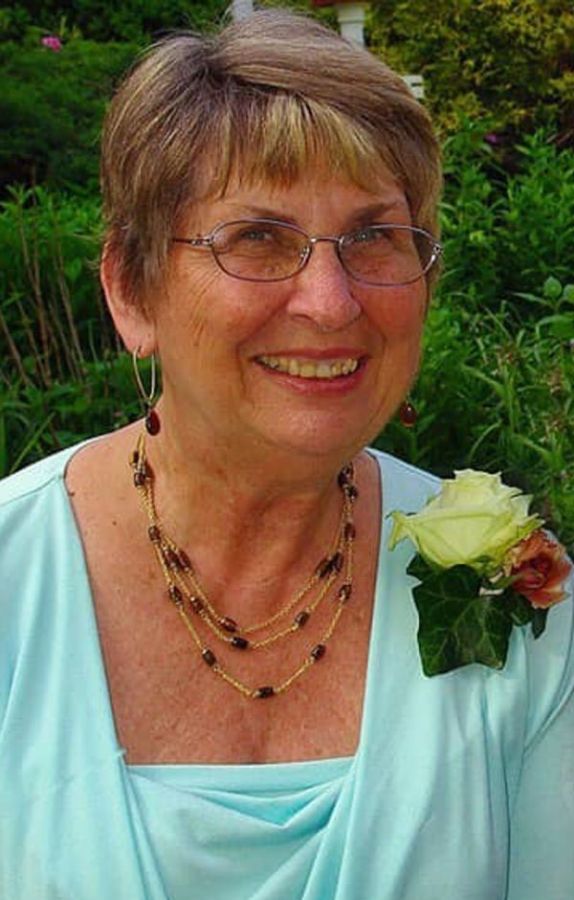 Funeral Mass will be held at 11 a.m. on Friday, November 20, 2020, at St. Mathias Church. The Reverend Hai Dinh will officiate. Burial will take place in St. Mary's Cemetery. The Ralph J. Wittich-Riley-Freers Funeral Home is in charge of arrangements. Memorials may be made to the family in Ruth's honor. Online condolences may be made to www.wittichfuneralhome.com.


Ruth was born on January 28, 1940, in Muscatine, the daughter of Richard and Delores Schumacher Kintzel. She married Donald W. Shepard on December 30, 1961, in Muscatine. They had 59 years together.

Ruth had many jobs throughout her life. She worked at the Muscatine Button Factory, where she made pearl buttons, she was a homemaker, she worked at Ratzel furniture shop, she worked for Amana Refrigeration, Claypool and Claypool Law office in Williamsburg, Dr. Driver and Cahill Dentist Office in Waterloo, she ran the Pink Pig variety gift shop in Evansdale, and her and her husband ran the Cornbelt Auction House in Evansdale for many years.

She enjoyed collecting porcelain dolls, sewing and hand quilting, making quilts for each of her kids, making wedding dresses for her daughter and daughter-in-law, and making Halloween costumes. She liked reading, basking in the sun, baking, cooking, and loved her grandchildren.

She is preceded in death by her parents; her grandson, Derrick; one sister, Lois Ann; and two brothers-in-law, Terry O'Brien and Johnny Wasson.

My deepest sympathy for your loss. I remember her always smiling.

Our deepest sympathy to all of the family. Thoughts and prayers are with you all.
Phil and Marie Schumacher

So sorry for your loss. Not only was she my classmate at Hayes for four years, but we lived next door to each other for several years. She was a very lovely person, as was her whole family.

Ruth and I went 4 years high school together. She had a lovely singing voice. She was a kind person then, and I’ve no doubt remained one. I’m sorry for your loss.

Ruth, you will be infinitely missed and you will always remain in our memories. Hope you are well up there in heaven. Love you forever. Fredrik Haggbom

Don, Sympathy and prayers to you and your family. May all the good memories of your years together bring you comfort. Mardell Bohnsack McConnaha

The services for Ruth have not yet been added. Please sign up below to be notified when the services are ready.

The attached photos are added to the memorial of Ruth Shepard to help share their legacy.

Please help memorize Ruth Shepard by recording your attendance below.

Thank you for sharing your memory of Ruth