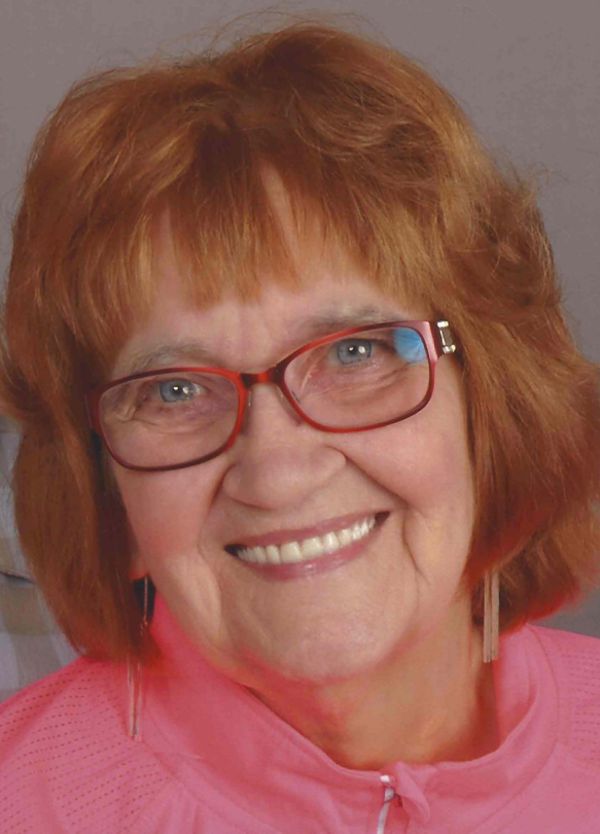 There will be a private service. Burial will be in Nichols Cemetery. The Ralph J. Wittich-Riley-Freers Funeral Home is in charge of arrangements. Memorials may be made to the family, in care of Stanley. Online condolences may be made at www.wittichfuneralhome.com.

Marcia was born on August 31, 1941, in Iowa City, the daughter of Clarence and Gladys Fridley Hillyer. She married Stanley S. Seelig on February 17, 2007, in Waukegan, Illinois.

She was a member of the Marshalltown Moose Lodge and enjoyed bowling, music, adult coloring, and collectables.

She is preceded in death by her parents; her first husband, Gary Lanfier Sr. in 1997; her brother-in-law, Leroy Flake; and a nephew, Timothy Flake.

We are sorry to hear of Marcia's death. Please accept our sympathy and love, Stan.
Love, Margy and Milt

Marcia was a wonderful person and friend. She stood up with me when I got married. We stayed up late making flowers and playing cards. RIP sweet Marcia, you will be missed.

I’m going to miss you much. It breaks my heart to see you gone so soon. I’m never going to forget you. You will always be in my heart miss you love you Aunt Marcia

You will be in our memory, we will never forget you Aunt Marcia from Kim’s family. Jungtae Kim, Shannon Kim and Yuri Kim.

I love you and miss you dearly auntie i know you will be looking down on all of us you were gone to soon i enjoyed you showing me how to cross stitch have a good time up there with your mom and dad . Love Misty&kim Ashlynn and Avery

My heart is broken for my favorite cousin Stan. I am so sad to hear of Marcy's passing. I so enjoyed talking to her every time we called each other. May your spirit soar high on the wings of eagles and know that you are dearly loved and missed. Keep your eye on Stan and Dear Lord, wrap your arms around Stan as he deals with this loss. In Jesus Name, AMEN. God Bless! Your Kentucky family JoAnn Higdon, Zachary Higdon and Jordan Higdon.

Thoughts and prayers for you and the family Cousin Stan. I never got to meet her but always heard you and mom talking about her all the time. She is with the Lord now and will not be forgotten and will get to see her again one day. Stay strong and fight on for her as she would want you to do!

My thoughts and prayers are with the family. I never knew her but I know Stan adored her!! Rest in peace and peace to her family we are here for them if they need us.

So very sorry to read of Marcia's passing. We are cousins. In the last 10 years or so we reconnected on Facebook. My condolences to out to her family. May she rest in the peace of the Lord. God give you all the graces you need in this time of loss. Hugs!

The services for Marcia have not yet been added. Please sign up below to be notified when the services are ready.

The attached photos are added to the memorial of Marcia Lanfier Seelig to help share their legacy.

Thank you for sharing your memory of Marcia