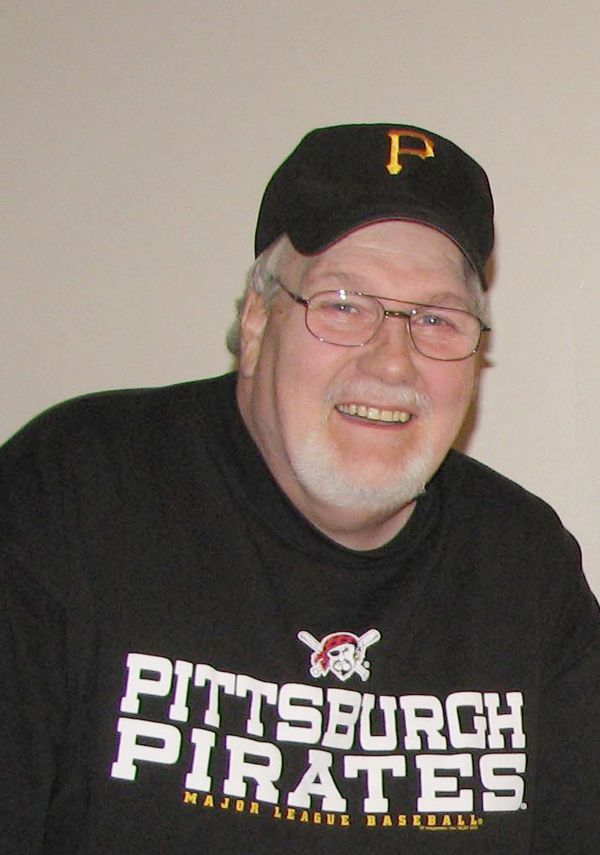 Celebration of Life has been cancelled.

Celebration of Life has been cancelled.

Burial will be at St. Mary Cemetery, Muscatine. The Ralph J. Wittich-Riley-Freers Funeral Home is in charge of arrangements. Memorials may be directed to Muscatine Trinity Episcopal Church's Jubilee Ministry outreach. Online condolences may be made at www.wittichfuneralhome.com.

A memorial service will be held at the Community of Celebration Chapel in Aliquippa.

Joe was a musician; he had a beautiful singing voice and played the guitar (upside down). He performed locally, both solo and with other talented musicians, many times with Chaffee Chapman Maxwell. Joe and his cousin, Terry, were kindred spirits, jamming as often as possible. He also traveled and performed with the Toby & Suzi Tent Show.

He worked at several places in Muscatine including Knott Printers & Sycamore Printing.

In January 2000, Joe became a Member of Community of Celebration in Aliquippa, affiliated with the Episcopal Church. He has lived in Aliquippa since then, worshipping with music and service. Joe is dearly loved and will be deeply missed by his many friends and family, as well as his Muscatine Trinity Episcopal Church family.

He was preceded in death by his parents, Norbert and Judith (Martinelli) Beckey; sisters, Michelle Huber and Elizabeth Beckey (in infancy).

I'm so sorry we weren't able to celebrate Joe's life with friends and family. He was a big part of my life. Even though we hadn't connected that much in recent years, he was always in my heart. Anne Carroll

Beckey family,
We are sad to hear of Joe’s passing! Loved hearing him play and sing when he was in Muscatine. Very talented man! May Joe Rest In Peace ! 🙏🏻✝️❤️

Marty and John: Sorry to hear about Joe. Life goes by so fast and always seems to end too soon for those we love. Sending best wishes your way. May God's peace be with you and your families. Terry Kautz

A great friend, formidable card player and a talented musician . Rest In Peace 🙏

Good bye old friend, we always laughed about going too jail together...........we were in the Air Force together

We haven’t seen each other in a few years, the last time at my house but you will be missed deeply! You were so much fun and God is enjoying you so much more now! So glad all your ills and troubles are gone now! Ask God to bless all your old classmates!

God bless you Joe. You brought me comfort in my time of need in 1982. We had many great memories at the Paddle Wheel Lounge in the Hotel Muscatine. I have never and will never forget you.

The services for Joe (John Joseph) have not yet been added. Please sign up below to be notified when the services are ready.

The attached photos are added to the memorial of Joe (John Joseph) Beckey to help share their legacy.

Thank you for sharing your memory of Joe (John Joseph)