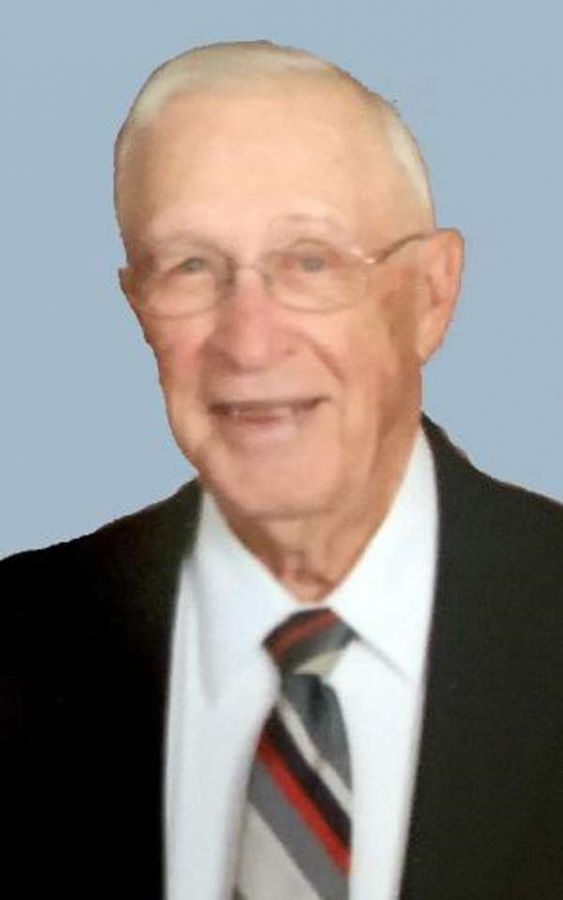 ROBERT RICHARD HARRISON
MUSCATINE, Iowa - Robert Richard Harrison, 97, passed away on May 20, 2021 due to complications from a fractured hip while in residence at Lutheran Living Senior Campus in Muscatine, Iowa.

He was born on the family farm near rural Hamilton, Iowa to William "Henry" Harrison and Ethel Fern Richmond on August 3, 1923. He was the third oldest of eight children, and as his family came to Iowa in Territorial days, he was a fourth-generation Iowan.

Bob attended high school in Hamilton, Iowa and enlisted in the Iowa State Reserves after graduation in mid-1942. He was called to active duty a year later and left for the Pacific Theater with the First Cavalry in February 1944. He was in combat within weeks and spent over a year in combat in various campaigns, earning five battle stars and a Bronze Star during the Battle of Manila. Bob was honored in 2015 for his role in rescuing about 3,500 internees at Santo Tomas as part of the Flying Column mission and, at 97, is believed to be the last remaining survivor of the 800 troopers involved in that rescue mission.

Bob moved to Chillicothe, Missouri to attend Chillicothe Business College where he met Helen Louise Hale of Waldron, Arkansas. Louise and Bob were married July 25, 1947 in Kansas City and moved to Bethany, Missouri, then to Oskaloosa and on to Pella, Iowa where they lived for 25 years. After a short residence in Aurora, Colorado, they retired in Muscatine, Iowa in 1983.
Bob joined the Rolscreen Company in Pella in 1955, retiring as Regional Sales Manager in 1980. He travelled extensively for decades throughout the Western U.S., established multiple distributorships and made many close friends in the industry.

He was a faithful member of Faith United Church of Christ in Muscatine and, in his earlier years, was an avid lifelong bridge player and enjoyed golf as a member of Geneva Golf and CC where he carded two hole-in-ones. Bob was also an accomplished gardener specializing in rose cultivation and he was very generous in providing bouquets of roses to friends and family. Also, while in Pella he had a woodworking shop where he spent hours crafting furniture that is still in use today by family, and in later years took up painting.

Bob was a beloved husband, father and grandfather and will be missed by his family and friends. He was an excellent cook, loved to barbeque and took great pride in his family. Bob and Louise celebrated their 70th wedding anniversary in 2017, surrounded by friends and family.

Bob will be truly missed, and the family would like to extend their sincere thanks and appreciation to the staff of Sunnybrook and Lutheran Living for their kind, competent and loving care of Bob throughout his residencies there.

There will be a private family service at the Ralph J. Wittich-Riley-Freers Funeral Home, followed by burial at the Rock Island National Cemetery with military honors. In lieu of flowers, memorials may be made to Faith United Church of Christ (3307 Mulberry Ave, Muscatine, IA 52761). Online memorials may be made at www.wittichfuneralhome.com.

There are no tributes yet.

We encourage you to show your support by adding a tribute above:

The services for Robert have not yet been added. Please sign up below to be notified when the services are ready.

The attached photos are added to the memorial of Robert Richard Harrison to help share their legacy.

Thank you for sharing your memory of Robert