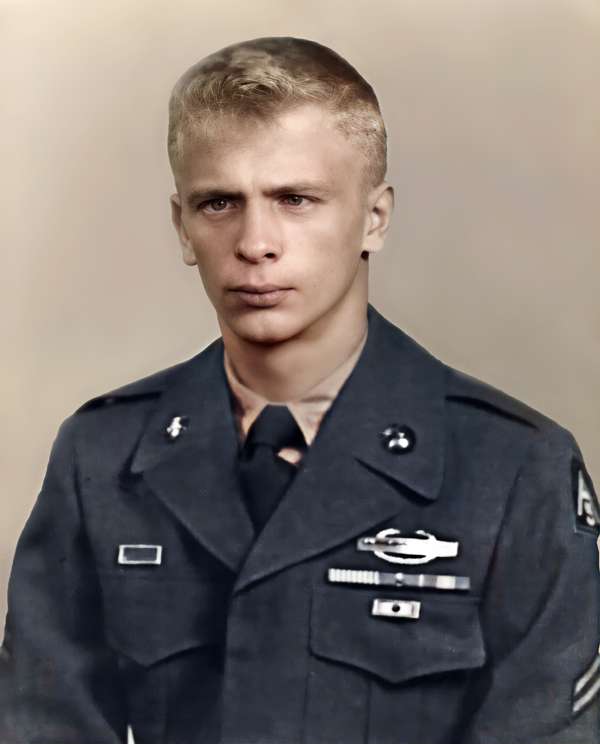 JACK RICHARD BUNN
MUSCATINE, Iowa - Corporal Jack Richard Bunn Sr., 88, passed away peacefully and surrounded by family at his Muscatine home on Monday, May 31st, 2021.
Jack was born on June 24, 1932, in Muscatine, the son of William E. and Elvira A. Keener Bunn. He married Evelyn Walker-Norris on August 19, 1972.
Visitation services will be held from 1:00 to 3:00 p.m. on Friday, June 4, 2021, at the Ralph J. Wittich-Riley-Freers Funeral Home on Houser Street. Burial will take place in Memorial Park Cemetery. Pallbearers will be Andy Allison, Jacob Allison, Miles Allison, Marc Bunn, Cayce Norris, Randy Reynolds, and Mike Reynolds. Memorials may be made to UnityPoint Muscatine Hospice or his wife, Evelyn Bunn. Online condolences may be made at www. wittichfuneralhome.com.
There will be a veteran of the week memorial at 5:00 p.m. outside at 2020 Cedar Street if veterans and the community would like to come and honor Jack and his family.
Jack was a decorated veteran who served in the Second Infantry Division of the United States Army in the Korean War. Jack was stationed briefly as a POW guard in Koje Do South Korea and then would go on to serve in the Iron Triangle of North Korea until the armistice in 1953. After the service Jack worked at HON for 22 years and then at GPC for 17 years. He enjoyed fishing and golfing. Jack coached minor league baseball for four years. He loved the Chicago Cubs, Iowa Hawkeyes, and Chicago Bears. Jack competed in numerous powerlifting competitions and won the World Master's Powerlifting Championship deadlift record of 308 pounds in the 114 pound weight class in 1983.

Jack is survived by his wife Evelyn of Muscatine, his brother Norman Bunn and Barbara of Davenport, his son Jack Bunn Jr. and daughter in law Terri of Fruita, Colorado, his son Marc Bunn and fiancé Alice Ganzley of Muscatine, his daughter Susie Allison and husband Andrew of Muscatine, and stepson Cayce Norris and wife Lori of Muscatine, and grandchildren, Mick Bunn and wife Diedre of Grand Junction Colorado, Joe Bunn of Ouray, Colorado, Jacob Allison and wife Anna of Belfast, Northern Ireland, Miles Allison and his partner, Amber of Austin, Texas, Katelyn Bunn of Chicago, Illinois, Megan Norris and her partner Tad of Cedar Rapids, Heather Norris of West Branch, Josh Guertin, and great grandchildren, McKenzie and Makala Bunn, and Kyrie Enriquez.
Jack was preceded in death by his parents William and Elvira Bunn, three brothers, and five sisters.

Evelyn, Marc, Susie and family, my deepest condolences to all of you. It was a pleasure meeting and getting to know Jack. He absolutely made my day. It was my pleasure to refill his coffee cup and even send him with a to-go one for the Y. He will be deeply missed.

Evelyn, Cayce and families, So sorry for your loss. I remember Jack delivering the GPC/Kent mail around the plant. I am very impressed with his service record. Thank you, Jack! Rest in Peace!

Jack was a part-time employee for many years at the YMCA in the Exercise Area and as Building Supervisor. He was well-liked, hard working, loyal, dedicated and a true friend and made the best coffee! I will miss him. Prayers to his family.

Sorry to hear of your loss. Blessings to each of you as you walk this path. Keep the memories close. Don and Carol Seaba

Jack was a true friend to our Dad, and Mom's favorite uncle. Dad always credited Jack for getting him that first date with Mom :) Our deepest sympathy on behalf of the family of Bob & Marilyn Wagler

Susie, Marc and family. I am so sorry for your loss. I was pretty young when I met Jack but I do remember him being a pretty nice guy. I will always remember him as my Uncle Jack o lantern. Prayers for you all. Love and hugs, Kathy(Johnson)

I did not personally know your husband and father...but I thank the lord every night that brave men and women stepped up to defend our country....we can never repay them nor their families for the sacrifices they made...god bless and keep Jack Bunn 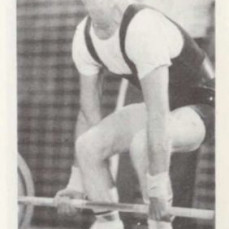 The attached photos are added to the memorial of Jack Bunn to help share their legacy.

Please help memorize Jack Bunn by recording your attendance below.

Thank you for sharing your memory of Jack