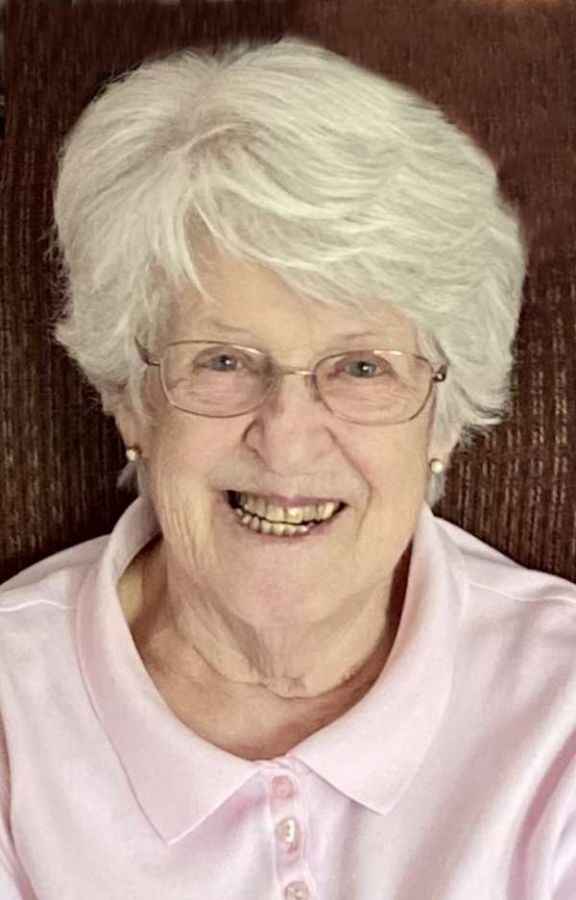 A Celebration of Life will be held at 3:30 p.m. on Saturday, October 16, 2021, at Calvary Church in Muscatine. Reverend Dan Schoepf will officiate. The Ralph J. Wittich-Riley-Freers Funeral Home is in charge of arrangements.

Family will greet friends from 1:00 until 3:00 p.m. on Saturday, October 16, 2021, at the church before the service. Online condolences may be made at www.wittichfuneralhome.com. In lieu of flowers, family requests that memorials be sent to Muscatine Firefighters Association, 312 E 5th Street, Muscatine, IA, 52761, in Donna's memory.

Donna was born on December 29, 1935, the daughter of Harry P. and Velma Van Zandt Schneider. She graduated from Muscatine High School in 1954. Donna married Robert D. Carlson on June 1, 1958, in Muscatine.

Donna was a Department Supervisor at Von Maur from 1983 until 1996 and later retired as a bank teller from Central State Bank in 2006. After retirement she volunteered at Trinity Muscatine Hospital.

She is preceded in death by her parents; brother, Wayne Schneider; and brother-in-law, Douglas Coder.

Bob- Just found out yesterday about Donna's passing. Gina and I send our condolences. I always enjoyed my phone calls with Donna and her thoughts and updates on what was going on with you guys. May her soul rest in peace.

So sorry for your loss! I always loved her smile. She was a great lady and will be missed by many. Hugs Becky

Her beauty radiated then and continued throughout her life!

Greg and family, So sorry about the loss of your mom. May God give you comfort at this time. Sheila Greg Miley, Mavorik

Bob and Family, We have known Donna for many years and are eternally grateful for her friendship. Beautiful memories of this beautiful lady. In sympathy and friendship, Dena Schliesman and Family

So sorry for your loss Bob and family

I have had the pleasure to know Donna for 5 years and she is by far one of the sweetest woman I’ve ever met in my life. When I met my husband (Taelor) he was living next to Bob and Donna in Muscatine and no neighbors will ever compare to Bob & Donna. Bob, I am so deeply sorry for your loss. I’m so happy you both have had so many lovely years making memories together. You both are incredibly special people to Taelor and I and Donna will forever be missed. Thank you for being part of our lives!

Bob and family, we are so sorry for your loss, although we only new Donna for a short time we grew to love her personally and kindness, she was a wonderful person and neighbor we will not forget...Craig and Bertie 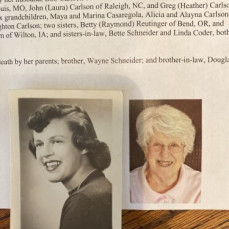 The attached photos are added to the memorial of Donna J. Carlson to help share their legacy.

Thank you for sharing your memory of Donna