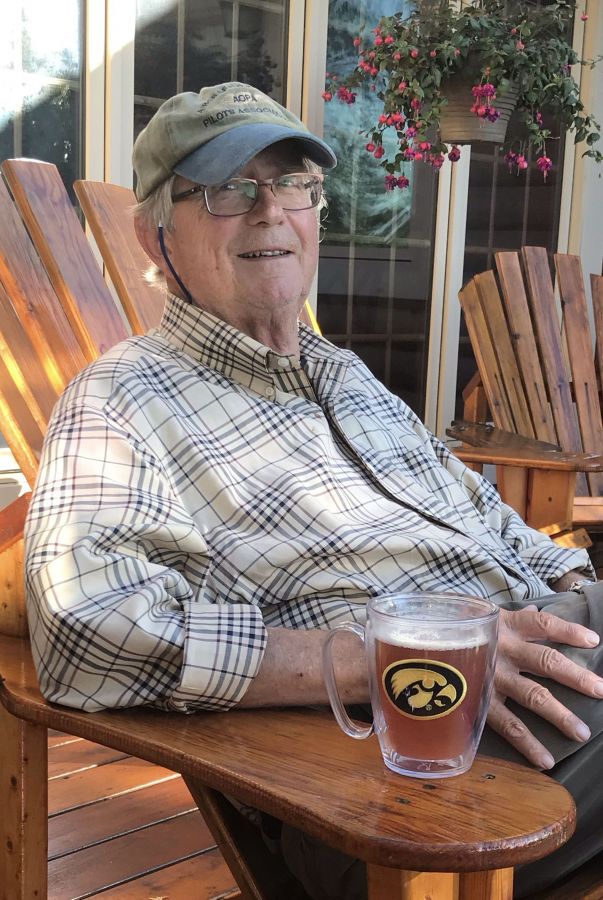 ROGER L. LANDE
MUSCATINE, Iowa - Roger L. Lande, 85, of Muscatine passed away peacefully at Lutheran Living Senior Campus in Muscatine on March 17, 2022. A Celebration of Life in honor of Roger will be held at the Merrill Hotel in Muscatine 1:00 to 4:00 pm on April 23rd. In lieu of flowers, memorials may be made in Roger's name to either the Muscatine Arboretum Association Endowment of the Community Foundation of Greater Muscatine or the Iowa Natural Heritage Foundation.

Roger was born in Lake Mills, IA, a place suspiciously similar to "Lake Wobegon," on November 7, 1936 to Carl and Gladys Lande. There, Roger enjoyed small town life growing up among numerous aunts, uncles and cousins. Roger was proud of his Norwegian heritage and the hometown where he learned the values of honor, decency and hard work which he exemplified throughout his life. Roger was a voracious reader of books from the local library, he helped out at the family business 'Lande Hardware' and also at Southdale, the small farm his father and uncles owned. Roger enjoyed nature and being outdoors trapping, fishing and hunting. It is said Lake Wobegon is where "all the children are above average". In Lake Mills, Roger fit the description; he was an Eagle Scout and quarterback of the high school football team. Roger often told the story of how he suffered a broken nose during one football game; the trainer stopped the bleeding, straightened the nose and Roger went back into the game, this time with a helmet that included a face mask.

In 1960, Roger married Sarah Dunkerton in Marshalltown, IA. After Roger graduated from the University of Iowa College of Law (with distinction) in 1961, he and Sarah moved to Muscatine where they have lived ever since. Roger began his legal career working with David Stanley and over the years their small partnership grew to one of the larger law firms in eastern Iowa. Roger specialized in advising businesses large and small and he was equally comfortable and professional advising mom & pop operations and large corporations. He resolved other people's problems and they appreciated his expertise and common sense. Roger left his law practice in 2010 to serve as the Director of the Iowa Department of Natural Resources, from which he finally retired at age 75.

In addition to his numerous professional achievements, Roger earned his SCUBA diver certification and was a licensed twin-engine and instrument pilot for many years. He loved owning dogs, particularly black Labradors, and Roger's dogs raised several litters of puppies. He appreciated having fun and was generous in bringing people together for a good time. Roger always had Iowa Football season tickets so when Iowa and Iowa State renewed their rivalry in 1977, he and Sarah celebrated by hosting fabulous tailgate parties when the game was in Iowa City. For many years Roger and Sarah also hosted a holiday party at their historic home in Muscatine - a grand event which was the seasonal highlight for many friends, colleagues and clients. At home Roger was a generous, witty, strict, and loving husband and father. While Roger was fortunate to travel extensively across the US and to Europe and Asia, he most relished his time with family at his house on Lake of the Woods in Sioux Narrows, Ontario. He called it Nirvana and never tired of watching the sunsets over the lake.

I first met Roger when I visited my aunt & uncle in LM at the age of 5. From age 7. I visited LM every summer until I was 19.I went around with Roger & Jim Groe for almost all the time I was in LM each year.We formed a good friendship. Roger & I teamed up again at Iowa State in the fall of 1955.I kept in touch with him over the years. He was a true friend & super person! RIP, my friend. we'll see you in the next world,
Murray C. Johnson
Rockford, IL & Ocala, FL

Roger Made The 30 Inch Walleye Club

What a great guy! Every moment with Roger was entertaining, educational, or enthusiast . . . sometimes all three. I was lucky to know him.

We are so saddened by the Roger's passing. Each year we have looked forward to his return to Sioux Narrows. He will be greatly missed by the Sioux Narrows men's group.

I am married to Roger's niece Christine, and although I am not Roger's nephew, he always introduced me as his nephew. Roger loved to be surrounded by family at the Lande cabin in Sioux Narrows Ontario, and I was blessed to be invited to many of those lake gatherings. Dinners at the cabin always ended with storytelling time, and Roger never missed his opportunity to tell a good story. Stories of his youth in Lake Mills Iowa were his favorite. Occasionally Roger would join us out fishing on Lake of the Woods. For him catching fish was secondary, he was more interested in engaging his nephews in conversation. There were many times we would have to say "Roger, you have a fish on your line". So thank you Roger for making me feel so included in your life and the Lande family. Rest in peace Roger!

Fishing with Roger on Lake of the Woods

Roger is at peace and comforted by the families love. He was a steward of humanity services while on earth. Peace from Dyann and Dave Roby.

Sioux Narrows Lake of the Woods

Sioux Narrows Lake of the Woods

Resa and I have enjoyed so many happy times with Roger and Sarah in recent years, fishing and making great feasts at our cabins in Lake of the Woods, Canada. These memories we will cherish always, on top of a lifetime of our guy trips having great adventures around the globe. Roger was a fine lawyer who I counted on for sage council for decades. A more loyal friend, no man has ever had.
May you Rest In Peace until we meet again!
Pete and Resa 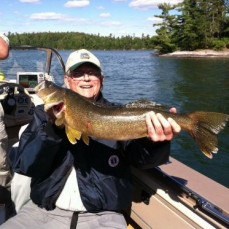 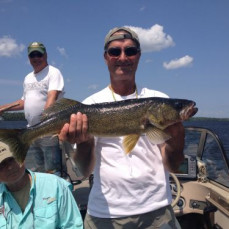 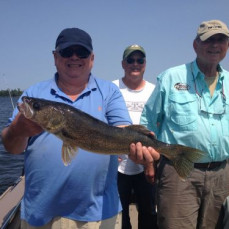 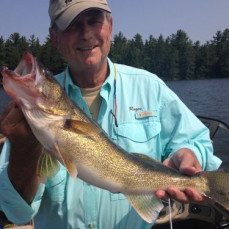 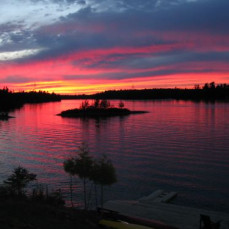 The attached photos are added to the memorial of Roger L. Lande to help share their legacy.

Thank you for sharing your memory of Roger