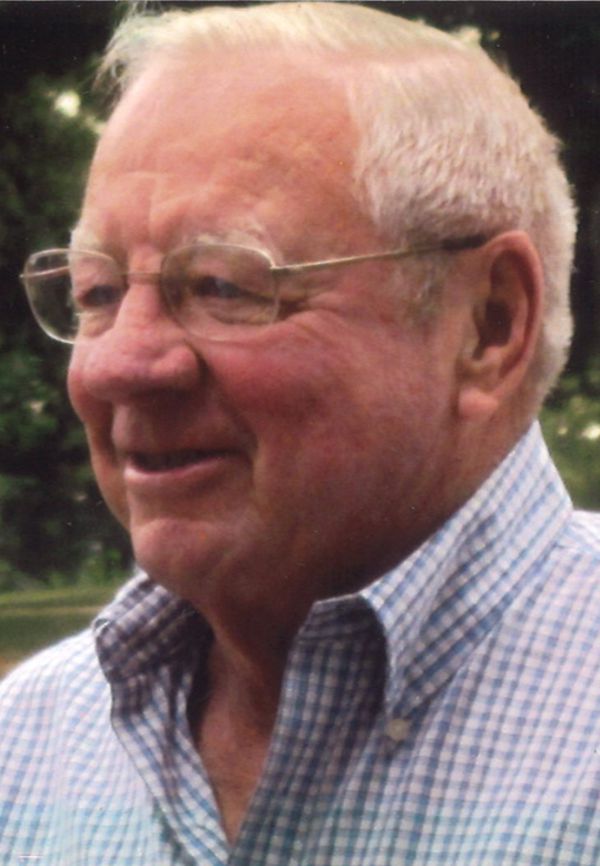 RICHARD EUGENE SNEDDON
MUSCATINE, Iowa - Richard 'Dick' Eugene Sneddon, 80, of Muscatine, passed away on April 23, 2022, surrounded by all of his family.

Funeral service will be held at 2:00 p.m., on Wednesday, April 27, 2022, at the Ralph J. Wittich-Riley-Freers Funeral Home. Reverend David Wittmann will officiate. A celebration will be held at the American Legion following the service until 7 p.m.

A private family graveside service will be held in Greenwood Cemetery. In lieu of flowers, memorials may be mailed to the funeral home (1931 Houser Street, Muscatine, IA 52761) and made to Unity Point Hospice or the American Heart Association. Online condolences: www.wittichfuneralhome.com

Dick was born on September 4, 1941, in Galesburg, Illinois,, to Carl and Dorothy Bailey Sneddon. He married Ann Reed Sneddon on October 12, 1963.

He graduated from Muscatine High School in 1959. He was a member of Spangler Chapel and a past member of the Moose and Elks Lodge.

His life was defined by dedication to his family and farming with his father-in-law. He liked having fun and looked forward to the yearly family vacation. He enjoyed tinkering, fixing, and inventing. Dick rebuilt a 1965 Chevy truck with his son Doug. He enjoyed Nascar, traveling and camping with his wife, hunting, fishing, being a hard worker, and giving advice to his children and grandchildren. Most of all, he enjoyed spending time with his family. He thought his grandchildren were all so special and everyone one of his children were his favorite.

He is preceded in death by his parents; three siblings, Jerry Sneddon, Carlene and husband, Bob, and an infant brother, Virgil; father and mother-in-law, Paul and Geniece Reed; and Beth and Robert's son.

My condolences to the families.

Doug and Family, I hope your happy memories with your Dad can provide some solace in this sad time. Dana Levene

To all the family! I am so sorry for your loss. My deepest sympathy to you all. Rose Danay

Doug and Family, Heartfelt condolences to you and your Family. Please know that our thoughts are with you, and we wish you comfort in this time of grief. Bob and Roxanne Keefer

Ann, Stacy, Doug, Beth and families
Darold and I were surprised and shocked to hear of Dick’s passing. knew he had health problems plaguing him. He is at peace now and finally resting. We and Chad and family send love to you all and pray Gods peace and strength for you all at this time. Rest in your memories i know you have lots. we send our love to all
Sheryl and Darold Snyder

Dear Stacy,
I was so sorry to hear of your dad's passing. I only knew him from coming into Ace Hardware. I think he won our first giveaway - a mower. Hope he got a lot of good use from it.
He and your mom were both such nice people. It was always a good day to see them when they came to the store.
May God bless you and your loved ones with comfort, peace, joy, and lots of good memories.

Doug and Family, on behalf of all your colleagues and friends at the Naval Nuclear Laboratory, I want to express our deepest sympathy for your loss. May perpetual light shine upon Dick and by the mercy of God may he rest in peace. Craig Dempsey, Director of Technology

May memories comfort your grieving hearts.
Our deepest sympathy..Dave and Dyann Roby

My sympathy to Ann and all the family. So sorry. Cherish all your wonderful memories.

The attached photos are added to the memorial of Richard 'Dick' Eugene Sneddon to help share their legacy.

Thank you for sharing your memory of Richard 'Dick'