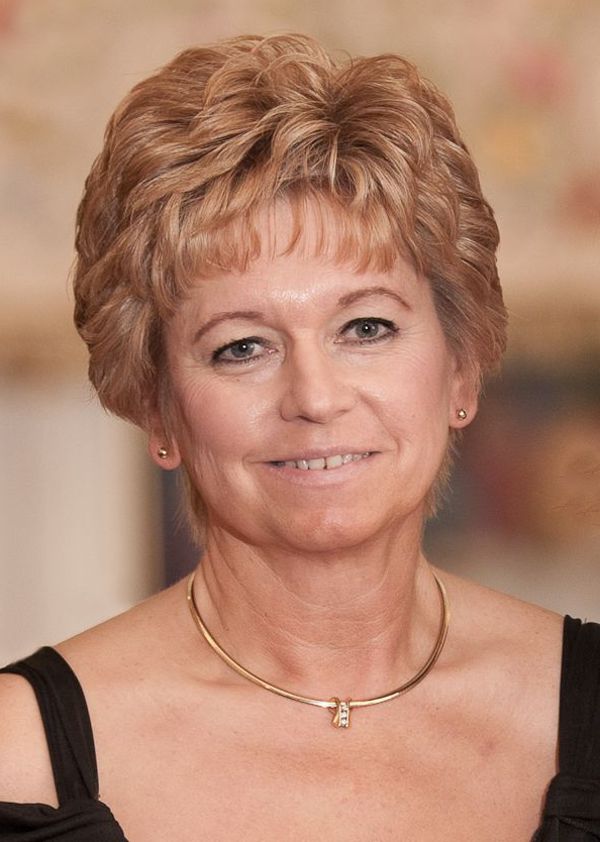 DONNA L. MIDDLE
MUSCATINE, Iowa -Donna L. Middle, 65, of Muscatine, passed away on Thursday, July 21, 2022, at her home after an 11 month battle with glioblastoma.

A celebration of life service will be held at 3:00 PM on Friday, July 29, 2022 at Ralph J. Wittich-Riley-Freers Funeral Home, with Reverend Susan Bantz presiding. Burial will follow the service at Memorial Park Cemetery in Muscatine. There will be a visitation prior to the service beginning at 1:00 PM. There will be food and fellowship at the Geneva Country Club following the burial. In lieu of flowers, memorials may be made to the Muscatine Humane Society, University of Iowa Center for Advancement, or Glioblastoma Research Organization: gbmresearch.org for direct donations. Online condolences may be made at www.wittichfuneralhome.com


Donna was born on May 12, 1957, in Springfield, Minnesota, the daughter of Lamoine and Marguerite Otto Leopold. She married Kenneth L. Middle on January 15, 1977 in Sanborn, Minnesota.

Donna was a homemaker while their three children were young, and later worked at HyVee. She truly enjoyed her role as Nana to her grandchildren, who she loved caring for as well. Donna's interests were varied, from music and reading to traveling; from cooking and baking to rooting for her Gophers, Twins, Vikings, and Iowa State Cyclones; or just getting out of the house to walk her dog. But it all came back to family for Donna, there was never anything more important to her than the time she had with them.

Donna was preceded in death by her father, Lamoine, and father-in-law George Middle; and brothers-in-law Brad Dammann and Doug Middle.

So sorry for the loss of Donna. She was a great lady. She will be missed by many.. Always had a smile. Worked with her at hyvee. And Ken was my boss at hyvee. Condolences go to all the family. Many prayers. Linda Harris and son steve

So sorry for your loss. Prayers to the family.

We are so sad for your family and will hope your memories with her stay close to your heart so you can keep her love forever! I am so sorry for your greatest loss

Donna was a wonderful mother and even better Nana to John Jr and Henry.
She will be greatly missed by all !
Sympathy to the entire family as you go through these hard times.
Jean and Don Erickson

The attached photos are added to the memorial of Donna L. Middle to help share their legacy.

Thank you for sharing your memory of Donna