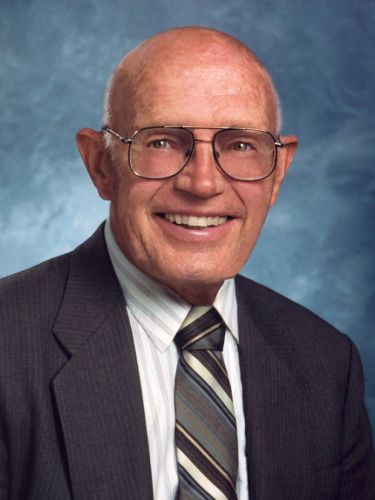 Don was born in Muscatine, Iowa, on October 18, 1924. During high school, he spent many hours working at this father's bowling alley, repairing pins and doing other odd jobs. He graduated from Muscatine High School in 1943, and was drafted, serving in World War II as a Seabee, making four major amphibious landings during World War II. He attended the University of Iowa to receive a BSEE in 1949, followed by an MSEE in 1950.

Don possessed a titanic intellect and an astute business mind. His small business, Bently Scientific Company, began operating out of his garage in Berkeley, California, in 1956, and from these humble beginnings he would create a new global industry as well as an entirely new field of engineering. Don moved his fledgling company to Minden, Nevada, in October 1961, and re-named it Bently Nevada Corporation. Don's unique ability to bridge the gap between laboratory success and commercial success resulted in substantial growth of the business. By the time he sold Bently Nevada to GE Energy in 2002, the company had 2000 employees worldwide and operated from more than 100 offices in 42 countries.

In each of these endeavors, Don stressed a core business value that he dubbed the "enlightened use of resources." This ethical standard entails the efficient use of renewable resources, avoiding the waste of natural resources, and the conservative use of corporate resources to provide the best overall win for customers, company, employees, and the environment. In Don's own words, "It has been said that if you don't stand for something, you'll fall for anything. That is how it is with principles. Early in my career I decided that I would be absolutely true to my principles. In the end, I have never regretted adhering as closely as I know how to a set of timeless principles." These maxims remain true for all of Don's companies, and are an invaluable part of his long-lasting legacy.

Don was a well-known philanthropist, working to preserve the natural beauty of Nevada's Carson Valley region via his love of agriculture and ranching. To the end of his days Don was a forward-thinking individual who tirelessly labored to innovate green technologies and to conserve the natural beauty of Nevada's Carson Valley. Further, in addition to countless local programs, Don gave to multiple schools, and contributed generously to the U. S. Navy Seabee Museum at Port Hueneme, Calif.

Don's instrumentation helped me solve my first big problem in Aramco. We enjoyed hi8s many visits and talks to us isn the desert. One of my favorite memories is don talking to a room of junior engineers about clock wise rotation of a shaft. One of the guys in the audience raised his hand with a question. "Mr. Bentley are we talking about shafts or clocks?" It was an honor to call Don my friend.
Sorry I did not learn of his death until now.

Have known him for more than decades, I shared great experience of cooperating and working with him in China. He contributed his whole life to the development of science/Technologies and achieved great success on business. He was a great person to know, a good friend to share thoughts and a success business man to work with.

Have known him for more than decades, I shared great experience of cooperating and working with him in China. He contributed his whole life to the development of science/Technologies and achieved great success on business. He was a great person to know, a good friend to share thoughts and a success business man to work with.

I worked for Don almost 10 years, but enjoyed having lunch with him later when I became a customer. Don always made time for me when I visited Minden. Don was a legend in our industry, and I am honored to have worked for him and to have known him personally.

My most sincere condolences to Don's family, I worked for Don and he was a good friend and a good person to work for.

No Visitation Scheduled or Private
Directions  Add to Calendar

The attached photos are added to the memorial of Donald Emory Bently to help share their legacy.

Thank you for sharing your memory of Donald