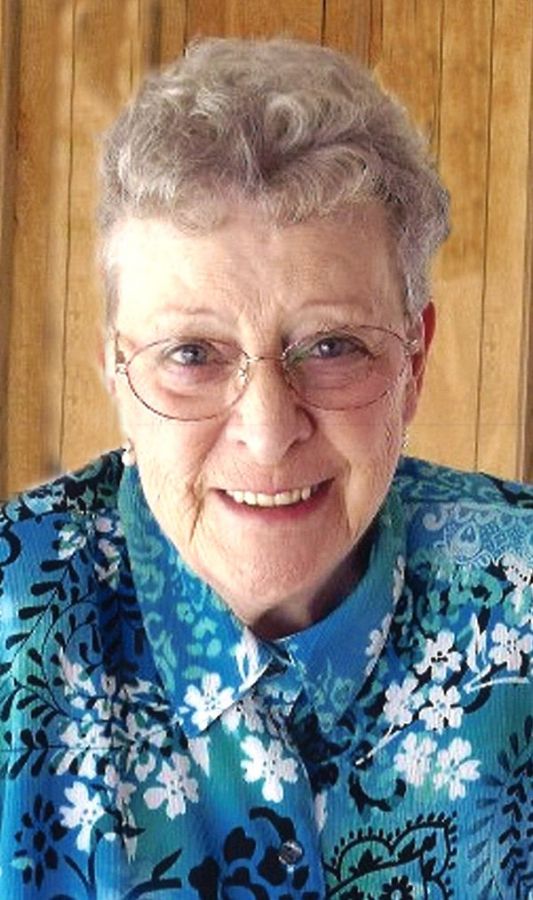 There will be no services. As per her wishes, she has been cremated. The Ralph J. Wittich-Riley-Freers Funeral Home will be in charge of arrangements. Memorials may be made Hospice Compassus. Online Condolences: www.wittichfuneralhome.com

June was born on November 17, 1930, in Indiana, the Daughter of John William and Elsie Garnet Dreiman McCray. She graduated from Lincoln High School in Vincennes, Indiana in 1948. She married Arthur J. Bryant on April 18, 1953, in Muscatine. They later divorced.

She worked at H J Heinz Co., Keller Ladder and later as attendant at Maytag Laundry. She was a member of the Island Methodist Church.

Those left to honor her memory include her children, Tina Walker and her husband, Larry, of Muscatine, Danny Bryant and his wife, Vickie, of Davenport, Arthur Bryant and his wife, LouAnn, of Muscatine, and Cindy Bryant, of Muscatine; her grandchildren, Shane Stuart, Dawn Stuart, Valerie Walker, Kory Kies, Morgan Herlein, Mackenzie Munson and Derek Bryant, all of Muscatine, and Krystal Kabela, of West Branch; great grandchildren, Gracelyn, Caden, and Layla Kies, Madison and Lauren Herlein, Norah Munson, Shayla, Dregar, Brittnay Stuart, and Joshua and Isaiah Griffey.

Joe, Lou Ann and Tina
I am so sorry to hear of the loss of your mother and mother in law. No one will every replace her and there will be a vacant space in your heart forever. Hold onto those precious memories as that is what will get you through..now and later. I'm thinking of you and praying for comfort.

Tina and family, So sorry about your loss. I pray God is comforting you and bringing wonderful memories to mind. Grace Steckman

The services for June have not yet been added. Please sign up below to be notified when the services are ready.

The attached photos are added to the memorial of June Bryant to help share their legacy.

Please help memorize June Bryant by recording your attendance below.

Thank you for sharing your memory of June