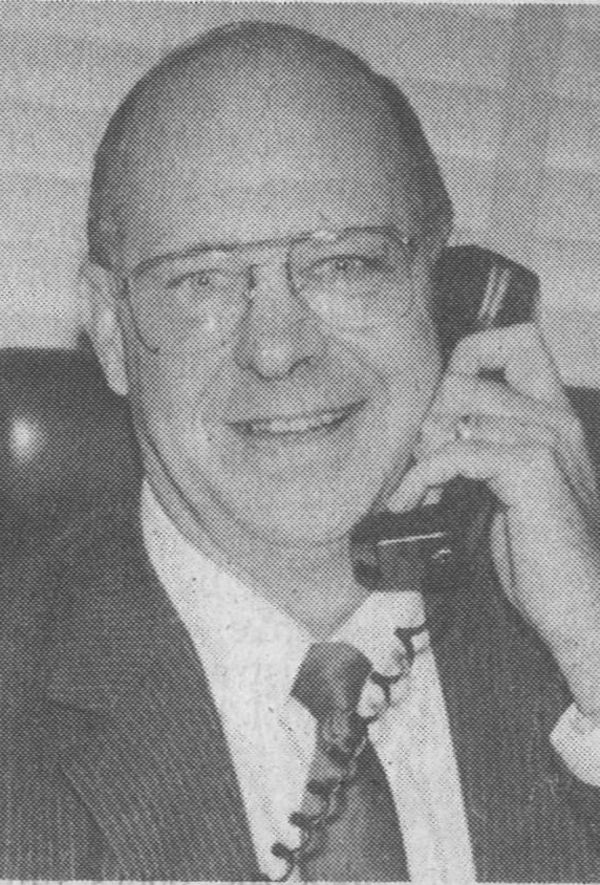 In honor of Ed's wishes, there will be no visitation or funeral service. Ed will be cremated, and his family will honor him with a Celebration of Life at a later date. The Ralph J. Wittich-Riley-Freers Funeral Home will be in charge of arrangements. Online Condolences: www.wittichfuneralhome.com


Ed was born on February 23, 1938, in Muscatine, the son of Edward and Gertrude Ziegenhorn Caliger. He lived his entire life in Muscatine, a community he loved and was proud to be a part of. He married Rosemary Allmandinger, his high school sweetheart, in 1957 and enjoyed 64 beautiful years of marriage.

He graduated from Muscatine High School in 1956 and graduated from Iowa Wesleyan College in 1960 with a bachelor's degree in education. Ed taught at Wilton High School for one year. In 1961 he began teaching American History at Central Junior High and coached basketball and football. In 1966 Ed began his banking career at Central State Bank, where he enjoyed 34 years of serving his community, prior to retiring as Executive Vice President in 2000.

Ed was very involved in the community. He served on various drives for YMCA, served a term as President for Chamber of Commerce, and served for United Way, Board of Adjustment for City of Muscatine. He was on the Alumni Board of Iowa Wesleyan College, Condemnation Board of the 7th Judicial District, and on the Excellence in Education Committee.

Ed enjoyed many sports, but his passion was always basketball. Ed quoted may times throughout his life "Love within a family and a strong Faith in God are extremely important", he lived by these words throughout his entire life.

Ed was preceded in death by his mother Gertrude and Father Edward and his beloved 'Uncle Joe'.

Ed was a very good person. He was approachable, friendly and caring. He will be missed. John & Clyda Lodge

My family's thoughts & prayers are with the Caliger family. Ed hired me as a high school cooperative education student. I have been at Central State (now CBI Bank & Trust) for 31 years. He lead by example.& always had a minute to stop and chat. He will be missed.

Ed was precious to my mom, she loved and admired him so much, she was Evelyn Ziegenhorn Metcalfe.

The photo of Ed is exactly how I will always remember him. Fond memories of the Caliger family growing up on Park Ave. So sorry for your loss.

Rosemary & Family: I just came across Ed's obituary and wanted to express my condolences. Many years have passed Rosemary since we were kids living on the same block on Evans Street. I hope you and your family are all doing well.

Blessing and prayers to Ed’s family. We have many years of special memories of times shared.

He taught me in school,a very nice gentlemen and a good teacher so sorry for loss in this family.

Rosie and family, we will miss Ed very much, our thoughts and prayers go out to you, a wonderful neighbor we will never forget....Craig and Bertie

Rosemary and family, Muscatine has lost a good man who cared about his family, his quiet faith, and the the people of this community. I was very blessed to work with Ed for many years at Central State Bank. He taught me much about banking and even more about Muscatine and the importance of treating all people with dignity and respect. He was a good man and a good friend to me. Linda and I remember you and Ed in our prayers. Dennis McDonald

Dear Rosemary and family, sending my sincere condolences for your loss of your dear loved one. You are in my thoughts and prayers, Sandra White

Rosemary and family, We were so sorry to read of Ed's passing. Although we have not seen him since our school days we remember him well and what a great guy he was. After reading about his life thereafter we realize he continued to be a great guy. May your memories bring you comfort and your faith bring you peace in, knowing that one day you will be together again. Our thoughts and prayers are with you at this most difficult time. Ron and Kathy ( Barry) Marshall

We will miss Ed very much, since we lived next door for over twenty years. Our thoughts and prayers are with all the family.

The services for Edward have not yet been added. Please sign up below to be notified when the services are ready.

The attached photos are added to the memorial of Edward H. Caliger II to help share their legacy.

Thank you for sharing your memory of Edward