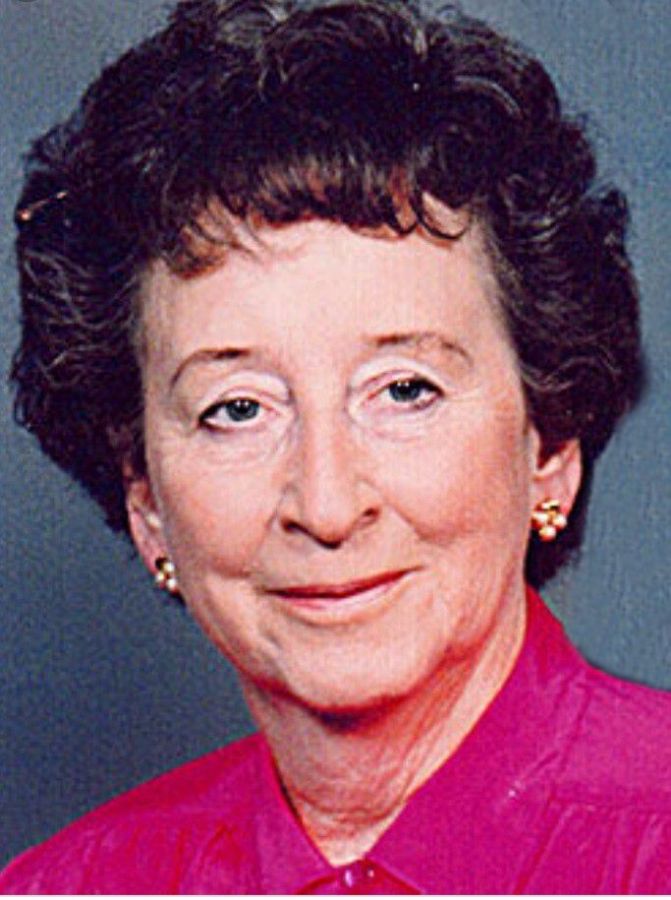 Funeral Service will be held at 10 a.m. on Monday, September 20, 2021, at the Ralph J. Wittich-Riley-Freers Funeral Home. Jodi O'Leary will officiate. Burial will take place in Memorial Park Cemetery. Pallbearers will be her grandchildren.

Visitation will be from 1 until 4 p.m. on Sunday, September 19, 2021, at the funeral home. Memorials may be made to St. Jude's Children's Research Hospital. Online condolences may be made at www.wittichfuneralhome.com.

She farmed with her husband for 40 years. She enjoyed painting, hunting mushrooms, entertaining, playing cards, feeding and watching the birds, and gator rides to the cabin, pond, and around the farm.

She is preceded in death by her parents; both husbands; her son, Rodney 'Rocky'; two siblings, Rosie Nelson and Laurence Klebe; and son-in-law, Jim Robinson.

Our sympathy to family and friends for the loss of your love one.

Our deepest condolences to all of June`s family! She is the last icon of our parents generation to be called home, my memories of June go all the way back to my childhood days walking in the creek near their house to enjoying her spetacular kolaches , She was always so loving and giving of herself! I will never forget her caring and support to our family when my parents were ill! She even remembered how I loved rhubarb pie and made certain I had her homemade dream before I had to go back to Virginia! She is going to be greatly missed! Rest in the peace of our Lord, Sue & David Meloy

Our deepest sympathy to the entire family. You are all in our thoughts and prayers at this sad time.

Grateful to God for June, our dear stepmom-in-law, who blessed our Stebel family with her kindness, joy, and love. We are sorrowful, yet rejoicing, and pray for comfort for our Svoboda family. With love, Debby Stebel

Wonderful memories of a kind and caring person. Glad to see that she lived a long and
full life.

Linda and Cathy, (and family) we were very sorry to see your mother has passed. It was obvious how close you were to your mom by the way you would talk about her so you will be carrying fond memories of her in your heart always. We are thinking of you at this sad time and sending you hugs . Your friends, Dick Nesseler and Connie Schlueter

The attached photos are added to the memorial of June Svoboda to help share their legacy.

Please help memorize June Svoboda by recording your attendance below.

Thank you for sharing your memory of June